There was an intelligence input about the presence of the heavily armed cadres, having infiltrated through the Indo-Myanmar Border, with an aim to reach Upper Assam and suspected to have come with an intention to target the security forces. 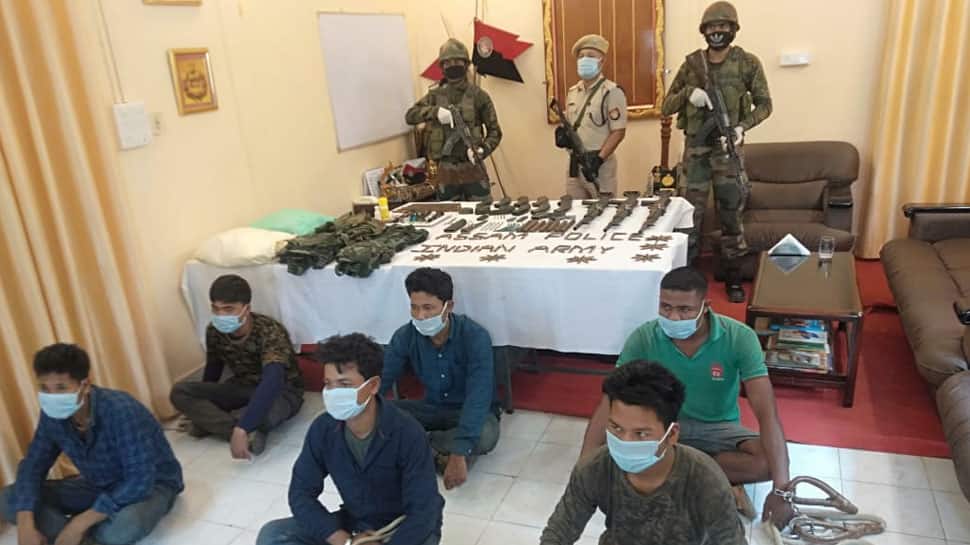 In a major breakthrough, five United Liberation Front of Assam (ULFA) hardcore cadres has been apprehended by the Indian Army in a joint operation with Assam Police. There was an intelligence input about the presence of the heavily armed cadres, having infiltrated through the Indo-Myanmar Border, with an aim to reach Upper Assam and suspected to have come with an intention to target the security forces.

"Based on intelligence inputs by the Indian Army and Charaideo Police which we were following for last one week, significant operational success has been achieved recently," Indian Army said in a statement to media.

After receiving a specific input about the presence of few cadres in the Charaideo District, Army and police columns launched an operation to negate their nefarious design. The sustained and intense presence extended by the security forces with relentless operation prevented these cadres from getting in touch with their overground workers (OGW) and execute their task.

In the operation, they were apprehended from Tairai village in Assam while trying to run away out. All the detained ULFA cadre revealed that they were also involved in recruiting new members for these areas. Seven minor boys were also rescued from the clutches of the rebels and reunited with there families.

"Army and Assam Police busted a major recruitment racket of the banned rebel group ULFA (I) and apprehended four cadres along with six Over Ground Workers after two days of intensive operation in six districts of Upper Assam to include Golaghat, Jorhat, Sivasagar, Charaideo, Dibrugarh and Tinsukia," said Army.

The insurgents were armed with three assault RIF MQ 81 with eight magazines and approx 323 live rounds as also 2 X Pistols and cache of explosives and warlike stores. These operations have further led to keeping our area of responsibility in Upper Assam incident-free and peaceful.