On witnessing this, the Indian soldiers opened fire on the terrorists and forced them to return to their territory. The incident took place on July 30 when around five to six terrorists were trying to infiltrate to launch attacks on the Indian Army posts, as seen in a video released by news agency ANI. 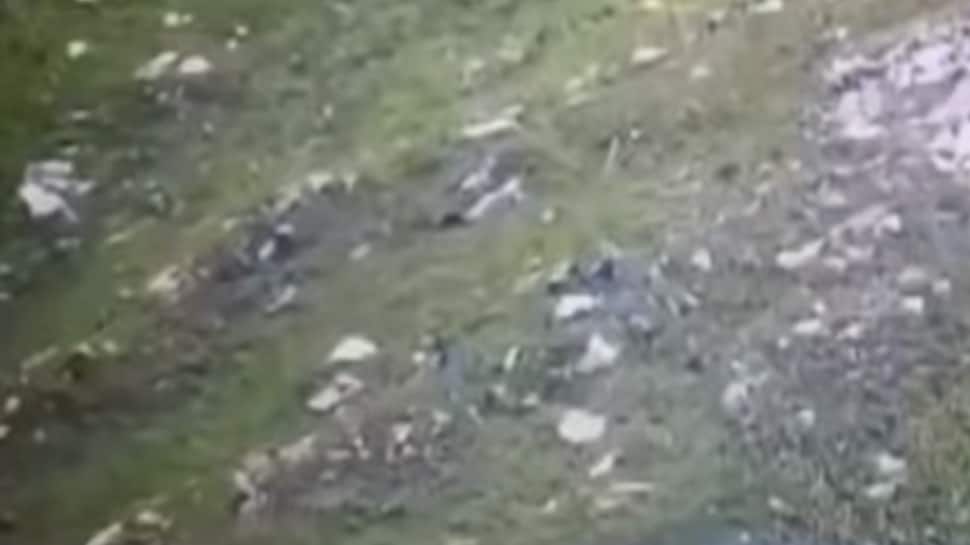 The Indian Army has detected Pakistani terrorists near the Line of Control (LoC) in Kupwara district of north Kashmir. On witnessing this, the Indian soldiers opened fire on the terrorists and forced them to return to their territory. The incident took place on July 30 when around five to six terrorists were trying to infiltrate to launch attacks on the Indian Army posts, as seen in a video released by news agency ANI.

According to intelligence agencies, Pakistan has planned a massive infiltration attempt to push heavily-armed terrorists into India. The agencies have received inputs that after United Nations General Assembly (UNGA) gets over, Pakistani Army and terrorists are planning to violate 31 places along the Line of Control (LoC) to enter Jammu and Kashmir by using civilians as shields.

Intelligence inputs reveal the Pakistani Army along with Jamat-ul-al-Hadis (a new terror organisation controlled by Hafiz Saeed) has trained more than 3,000-4,000 youths in Rawalpindi to breach the LoC in the first week of October. The youths have been given four weeks of training for this task.

They also include some of the youths of Jammu Kashmir Liberation Front (JKLF), Azadi which is active in Pakistan-occupied Kashmir (PoK).

The purpose of this training is to radicalise these youths and send them to forward areas along the LoC and violate the boundaries so that if Indian security forces target them, then Pakistan can raise the issue of Human Rights once again.

Moreover, the Pakistani Army is also sending their Border Action Teams (BAT) along so that if these youths are successful in violating the LoC, then the forces can carry on with combat actions as well.

Earlier in September, Indian Army had released a video of infiltration or attempted Border Action Team (BAT) action along the Line of Control in Jammu and Kashmir by Pakistan Army. In the video captured on hand-held Thermal Imager an infiltration or attempted BAT action by Pakistan on September 12-13, 2019 was seen and eliminated, ANI reported. The video shows Indian troops launching grenades at Pakistan's SSG (Special Service Group) commandos/terrorists using Under Barrel Grenade Launchers.

Army sources had told Zee Media that Pakistan Army is trying to do BAT actions all along LOC but Indian troops are cautious and alert to counter any such activity. The Indian Army recently thwarted two BAT action - one in Gurez and one in Hajipir sector. In the Gurez sector, bodies of Pakistani infiltrators are still lying on LOC, while Pakistan Army claimed the bodies of infiltrators in Hajipir. Most vulnerable areas for BAT action are Machhil, Gurez, Keran, Poonch sectors of Jammu and Kashmir.