Indian Army gets 466 officers after Passing Out Parade at IMA, OTA

Indian Army got 466 young officers following the Passing Out Parade at the Indian Military Academy, Dehradun and Officers Training Academy, Gaya on Saturday. 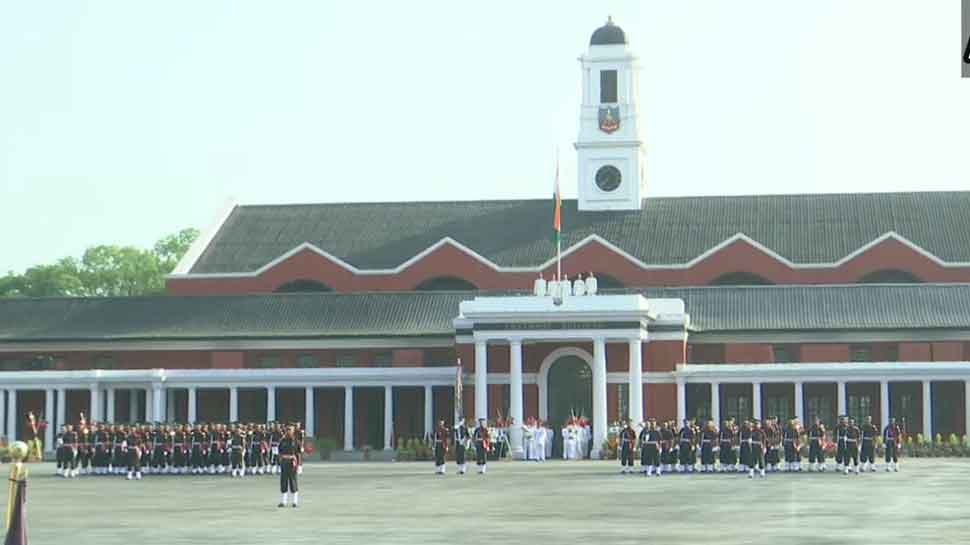 Indian Army got 466 young officers following the Passing Out Parade at the Indian Military Academy, Dehradun and Officers Training Academy, Gaya on Saturday.

At IMA, Dehradun, 382 officers were commissioned in the Indian Army while 84 belonged to Gaya's OTA, which witnessed its 15th Passing Out Parade.

At the IMA, a total of 459 Gentlemen Cadets were part of the parade which is the culmination of their pre-commissioning training. Of which, 382 young officers were commissioned into the Indian Army while 77 military officers belonged to the nine friendly countries of Afghanistan, Bhutan, Maldives, Fiji, Mauritius, Papua New Guinea, Tonga, Lesotho and Tajikistan.

The maximum Gentlemen Cadets were from Uttar Pradesh (72), followed by Bihar (46) and Haryana (40). The prestigious sword of honour was awarded to GC Akshat Raj for his overall performance while GC Surendra Singh Bisht won the gold medal in the order of merit.

A total of 66 cadets passed out from OTA's Technical Entry Scheme- 33 (TES) which is the culmination of their pre-commissioning training. Out of which, the maximum number was from Uttar Pradesh (18), followed by Haryana (13).

Another 18 cadets were inducted as special commissioned officers-42 (SCO), of which, the maximum number of cadets were from Haryana (4), followed by Maharashtra (3).

SCO is a special entry for Indian Army soldiers only. Soldiers can directly apply from there respective units as and when the notification come.

OTA Gaya, raised in July 2011, is the third pre-commission training (PCT) academy of the Indian Army with a planned training capacity of 750 cadets.

The aim of the academy is to train Gentlemen Cadets to become part of a professionally competent commissioned officer corps of the Indian Army.

Kerala as dear to me as Varanasi, says PM Narendra Modi in Guruvayur