The exercise is expected to see the participation of 12 African nations, including Egypt, Ghana, Nigeria, South Africa, Sudan, Tanzania and Uganda. 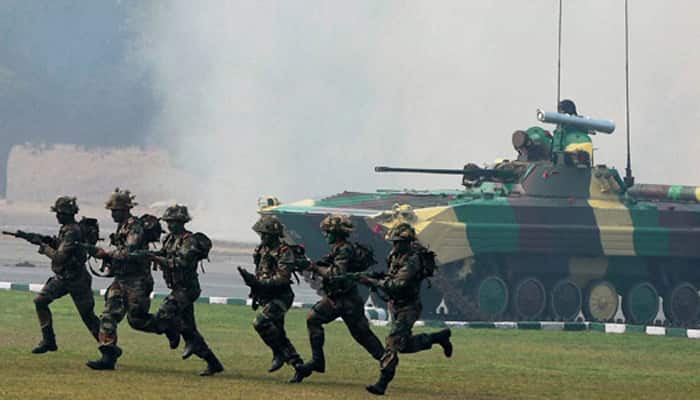 In view of the increasing influence of China on African nations, the Indian Army is set to launch a first-of-its-kind Indo-African Field Exercise. The exercise is expected to see the participation of 12 African nations, including Egypt, Ghana, Nigeria, South Africa, Sudan, Tanzania and Uganda. The event will be organised from March 18 to March 27 in Maharashtra’s Pune.

Though India has always maintained good relations with African nations, there has been considerable increase in Chinese involvement in the region in the past decade. The same became even more noticeable in 2018 when the China built a Naval base in Djibouti, a country in East Africa.

It is evident that China has been trying to increase its influence beyond the Indian Ocean and the construction of country’s Naval base in Djibouti is a vital juncture of its Naval strategy.

China has also emerged as the biggest arms exporters for African nations, who have remained indulged in wars. As per a study, there had been an increase of 55 per cent in the arms exported from China to African nations between 2013 and 2017. During this span, China even surged ahead of the US and Russia in the race.

The rapid increase in Chinese influence in the region is not just about military ambitions but is also an attempt to achieve major economic goals.

Africa is home to 30 per cent of the total hydrocarbon in the world and is immensely rich with regard to natural minerals and resources. But due to lack of infrastructure and frequent war-like situations, the region has failed to develop in sync with its resources. China is eyeing to capitalise on this gap.

As of now, Chinese companies are involved in 2500 construction projects across 51 African nations, amounting to as much as USD 94 billion. China has also tried to form a debt trap in the region, with the nations in Africa currently owing India’s neighbour USD 1.5 billion.

On the lines of Pakistan and Sri Lanka, China is trying to dominate African nations and use them to its strategic advantage.