One of the measures is the relocation of 206 Army officers currently with the Army Headquarters to field formations and units. 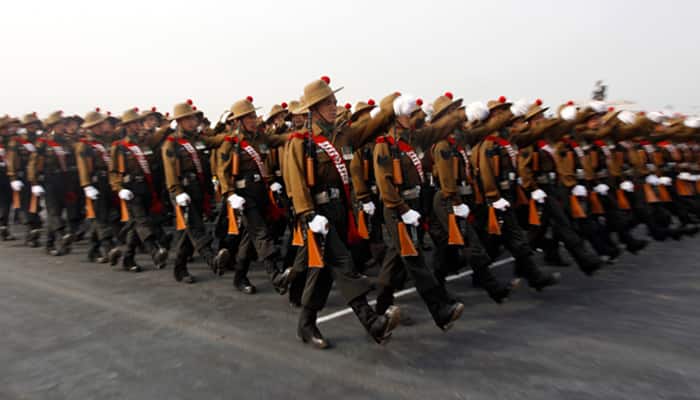 Indian armed forces are set to undertake a series of reforms to improve their efficiency and war-waging capabilities with Defence Minister Rajnath Singh on Wednesday announcing a series of measures to achieve the same. One of the measures is the relocation of 206 Army officers currently with the Army Headquarters to field formations and units. The rank-wise breakup of officers to be shifted to field formations/ units is as follows - three Major Generals, eight Brigadiers, nine Colonels, 186 Lieutenant Colonels and Majors.

The decision to send officers currently with the Army Headquarters to field units will help in bridging the shortfall. According to the government data till January 2019, the Army has an authorised strength of 50,312 officers but faces a shortage of 7,399 officers as there are only 42,913 officers in service.

In another far-reaching decision, a separate Vigilance Cell under the Chief of Army Staff with representation from the other two services - Indian Air Force and Indian Navy - will be formed to replace the multiple agencies currently responsible for the same. Following the move, ADG (Vigilance) will be placed directly under the Indian Army Chief and will have three Colonel-level officers (one each from Indian Army, Group Captain in the Indian Air Force and Captain in the Indian Navy).

The present vigilance function for the COAS has no single point interface due to a large number of agencies involved. The move ensures faster decision making and centralised control over all vigilance related cases.

An umbrella organisation under Vice Chief of Army Staff will be established for enhanced focus on human rights issues. The organisation will be tasked with giving high priority to observance of human rights convention and values for which a special Human Rights Section headed by ADG (Major General rank officer) directly under the Indian Army Vice Chief will be set up.

Rajnath Singh approved the decisions based on a detailed internal study conducted by the Army Headquarters.

Chidambaram is behaving like Vijay Mallya, Nirav Modi by not cooperating with probe agencies: BJP