As per IMD forecast, a low pressure area is very likely to form over North Andaman Sea and adjoining East Central Bay of Bengal around May 22 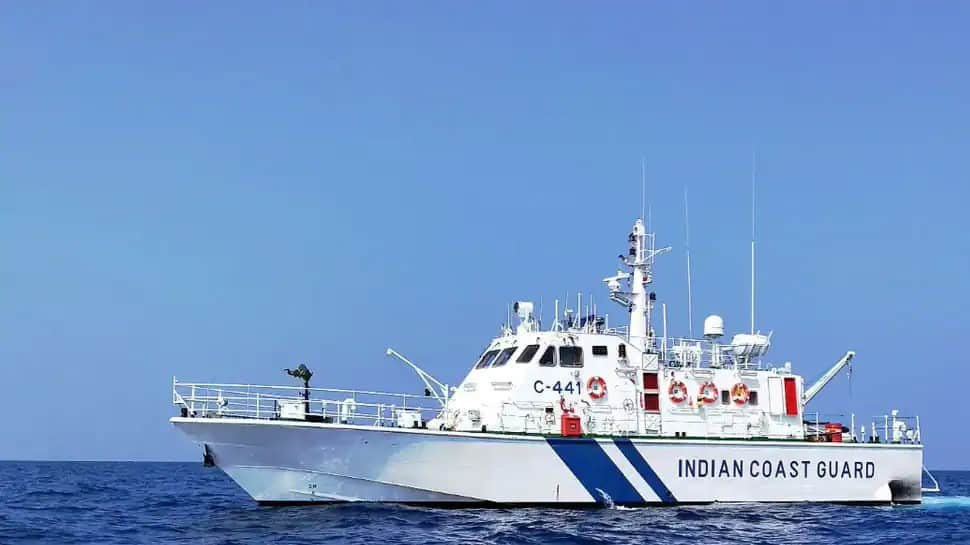 Chennai: With a low pressure area off Andamans expected to intensify into Cyclone ‘Yaas’ after the weekend, the Indian Coast Guard(ICG) has already swung into action. Coast Guard assets on sea, air and land are relaying alert messages in English and Indian languages to alert merchant vessels, fishing vessels, and other vessels across the length of India’s East Coast - from Tamil Nadu to West Bengal.

Coast Guard Disaster Relief Teams (DRTs) with inflatable boats, Lifebuoys and lifejackets are on standby for undertaking Disaster response operations. Medical teams and ambulances have also been kept on standby for swift mobilisation.

“Navtex warnings are being issued regularly and International safety Net (ISN) has been activated to alert the vessels in/ transiting through the area. Port authorities, Oil rig operators, Shipping, fisheries authorities and fishermen associations have been informed about the likelihood of cyclone formation and a close liaison and coordination for the safety of boats, vessels and fixed platforms is being maintained,” said the statement from the ICG.

Despite the fishing ban being in force across India’s east coast, the ICG ’s aircraft and ships are broadcasting information asking fishermen to return to shore.  ICG has also requested respective State/ UT governments to sensitize fishers and carry out accounting of fishing boats present in harbour and maintain a close liaison.

As per IMD forecast, a low pressure area is very likely to form over North Andaman Sea and adjoining East Central Bay of Bengal around May 22. It is very likely to intensify into a Cyclonic storm in the next 72 hrs. It is predicted to move northwestwards and reach Odisha - West Bengal coasts around May 26 evening. The system will be named 'Yaas' once it develops into a cyclone. Cyclones that form in India’s East Coast have an impact across states and Union territories such as Tamil Nadu, Puducherry, Andaman and Nicobar Islands, Andhra Pradesh, Odisha and West Bengal.

Over the last week, the Indian Coast guard and Indian Navy have been engaged in monitoring, search and rescue operations across India’s West Coast, which was struck by a very severe cyclone Tauktae. The effects of this cyclone were felt in Lakshadweep islands, Kerala, South Tamil Nadu, Karnataka, Maharashtra, Goa, and Gujarat where it made landfall.