Pakistan on Wednesday expelled Ajay Bisaria and asked the Indian envoy to leave Islamabad in the aftermath of escalating tensions after India ended the special status for Jammu and Kashmir. 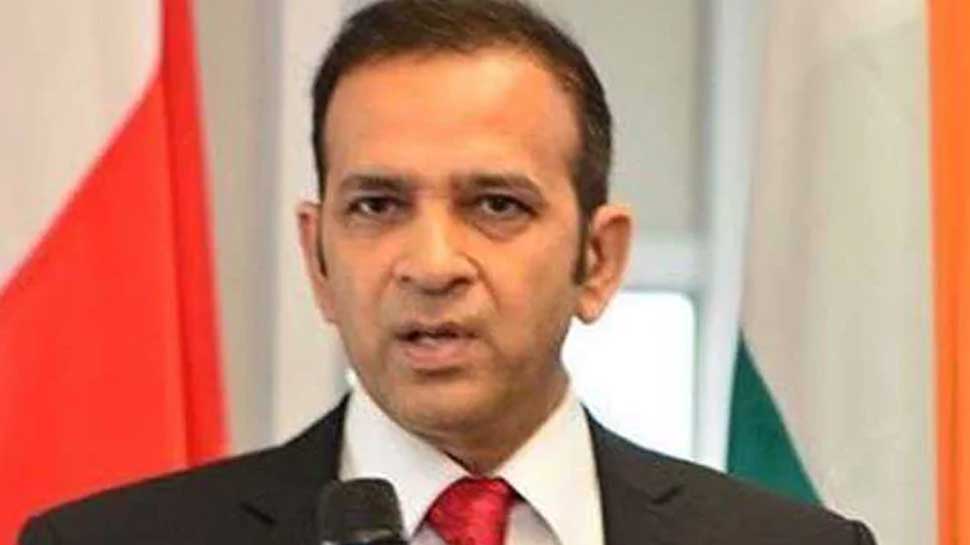 ISLAMABAD: Indian High Commissioner Ajay Bisaria on Thursday left Islamabad for India a day after Pakistan downgraded diplomatic ties with India over the abrogation of Article 370, which gave special status to Jammu and Kashmir.

The Indian High Commissioner is expected to reach Lahore from Islamabad via flight and from there he would cross over to the Indian side at the Wagha International Border.

Pakistan on Wednesday expelled Ajay Bisaria and asked the Indian envoy to leave Islamabad in the aftermath of escalating tensions after India ended the special status for Jammu and Kashmir.

Bisaria has served as India's High Commissioner in Pakistan for one year, seven months and 25 days.

The development came as the Foreign Office asked India to withdraw its High Commissioner - hours after the National Security Committee (NSC) announced it was downgrading its diplomatic ties with New Delhi.

A statement issued by the Foreign Office on Wednesday said, ''Pursuant to the decision of the NSC, the government of India has been told to withdraw its High Commissioner to Pakistan."

Moin-ul-Haq, Pakistan`s newly appointed ambassador to India, has yet to take up his post but will now not move to New Delhi, while Indian Ambassador Ajay Bisaria will be expelled, Islamabad said in a statement on Wednesday.

"It is very obvious that our ambassador wouldn`t be in Delhi, and obviously the man who is here will also leave," Pakistan's Foreign Minister Shah Mahmood Qureshi said in a telephone interview with Pakistani TV channel ARY News.

After the NSC meeting, Pakistan announced it will downgrade ties with India, suspend trade and take up the Kashmir issue with the United Nations Security Council.

Amid all this, thousands of security forces kept a lid on protests in Kashmir on Wednesday, helped by the continued suspension of telephone and internet services after the state's special status was scrapped this week.

Streets in Srinagar were deserted for a third day, with almost all shops shut, barring some pharmacies. Central armed paramilitary forces manned mobile checkpoints across the city, limiting people`s movement.

Groups of young protesters threw stones at the security forces amid anger over the telecoms clampdown that began on Sunday.

India accuses Pakistan of training and arming terrorists fighting its sovereignty in Kashmir. Islamabad denies the allegation and says it only gives moral and diplomatic support to the Kashmiri people in their struggle for self-determination.

Meanwhile, the Centre on Wednesday ordered security to be increased at all major airports, saying "civil aviation has emerged as a soft target."

Security officials have warned of a backlash against the move to withdraw Kashmir`s special status.