A patrolling ship spotted the fishermen in the water and immediately altered its course to rescue them. 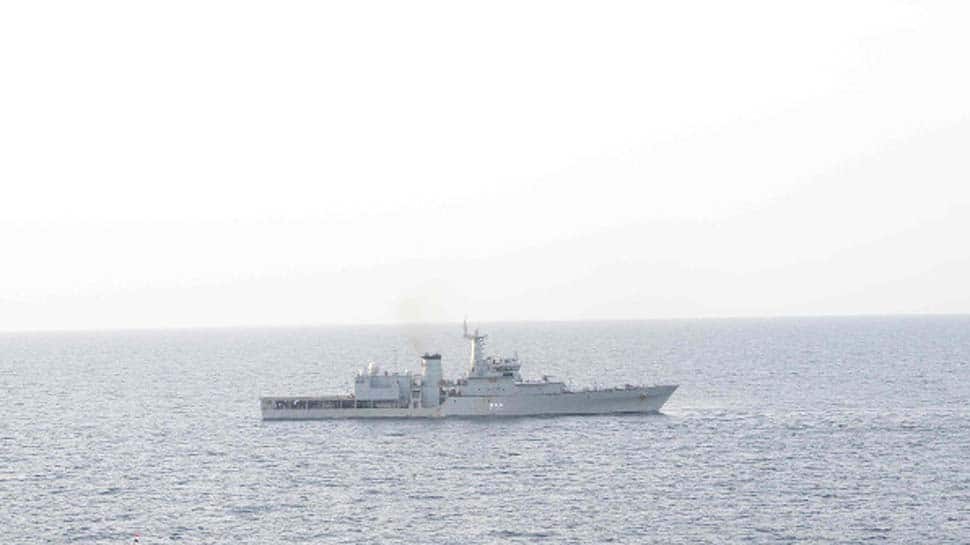 Indian Naval Ship (INS) Sharda, based at Kochi, jumped into action after fishing vessel FV Omkaram sank, some 35 km North West of Azhikal port, a release from Defence Ministry said. Five fishermen at the sea who were floating in the water after the vessel sank were rescued by the Navy's patrolling ship.

The incident occurred at around 09:30 am when the patroling ship sighted a movement in the water, which turned out to be the five floating fishermen.

The ship immediately altered its course towards the survivors. “It thereafter lowered its life boats and successfully rescued and brought on board all five fishermen within ten minutes of the initial sighting,” the release added.

Two of the fishermen sustained minor injuries and were administered first aid by the INS Sharda's Medical Team.

The ship thereafter headed for Kochi to disembark the survivors.

As per news agency PTI, the fishermen had cast off from Cheruvathur in Kasargod at 4 am on Monday. Sometime later water started entering their 13 foot boat, which they were unable to control and the heavy flooding caused the boat to sink. The fishermen remained afloat without any life saving devices from 6.30 am till the time of their rescue.

INS Sharda is an offshore patrol vessel of the Indian Navy and presently is in its 26th year of commission. The ship had rescued 21 fishermen during the Cyclone Ockhi and was also used to distribute relief material during Op Madad, launched by the Southern Naval Command at the time of the Kerala floods.

In 2017, the patrol ship foiled a piracy attempt in the Gulf of Aden.