Indian Navy spokesperson posted a tweet saying that INS Chennai & INS Sunayna have been deployed in the Gulf of Oman and Persian Gulf to undertake Maritime Security operations. 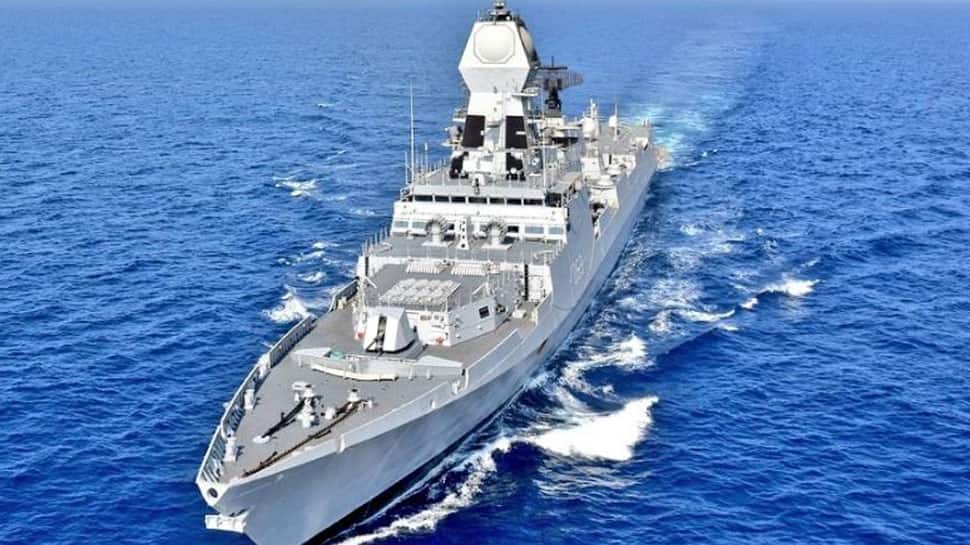 NEW DELHI: Indian Navy on Thursday launched Operation Sankalp in the Gulf of Oman to re-assure Indian Flagged Vessels operating/ transiting through Persian Gulf and Gulf of Oman following the maritime security incidents in the region.

Indian Navy spokesperson posted a tweet saying that INS Chennai & INS Sunayna have been deployed in the Gulf of Oman and Persian Gulf to undertake Maritime Security operations.

The situation in the region got tense after an attack on two oil tankers in the Gulf of Oman last week and four tankers off the United Arab Emirates on May 12. While the US and Saudi Arabia have blamed Iran for the incidents, Iran has vehemently denied any involvement in the attack. Both the attacks took place at Strait of Hormuz, which is a major conduit for global oil supplies.

The Indian Navy said that besides undertaking Maritime Security operations, aerial surveillance by Indian Navy aircraft is also being undertaken in the area. The Information Fusion Centre - Indian Ocean Region which was launched by the Indian Navy in December 2018 at Gurugram, is also keeping a close watch on the movement of ships in the Gulf region.

These ships, deployed in the Gulf of Oman & Persian Gulf, are to undertake Maritime Security operations. In addition, aerial survl by IN aircraft is also being undertaken in the area. The IFC - IOR at Gurugram is also keeping a close watch on movement of ships in Gulf region2/2

The Indian Navy said in a press release after a holistic review of the situation, two advisories were issued by DG Shipping on June 13 and June 16 this year to all Indian Flagged Vessels operating in the Strait of Hormuz and Persian/ Arabian Gulf Region advising Indian Flagged ships to undertake appropriate protection measures.

The press release added that Indian Navy is committed to ensuring safety of Indian maritime trade and merchant vessels operating in the region and contributing towards maintaining a stable and peaceful Indian Ocean Region. It is to be noted that nearly 75% of the world’s maritime trade and 50% of global oil trade is conducted through the Indian ocean region.