The statement remarked Indian Navy does not take cognizance of such propaganda and the deployments of Indian Navy will remain undeterred. 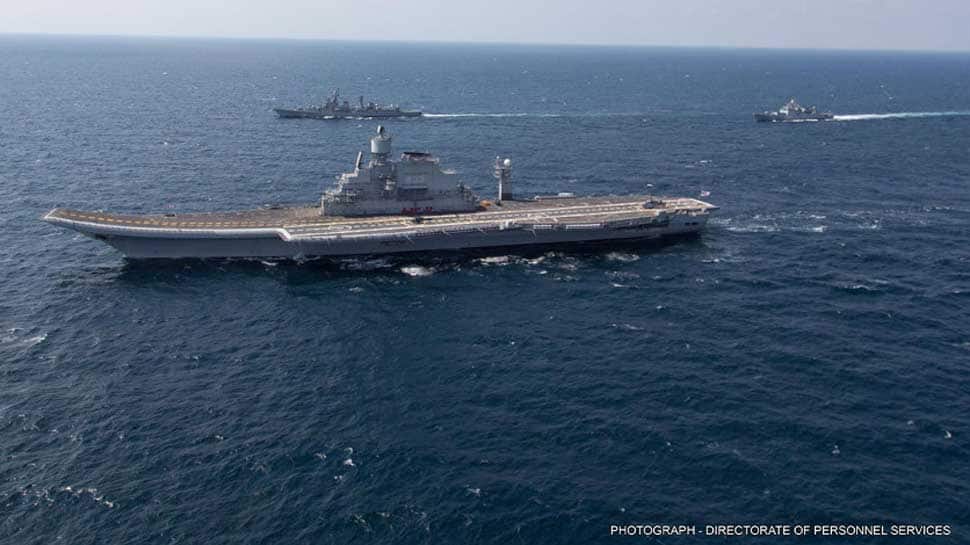 Ministry of Defence on Tuesday said that the Indian Navy remains deployed as necessary to protect National Maritime Interests. The press release issued by Defence Ministry added that over the past several days, Pakistan has been indulging in false propaganda and spreading misinformation to divert the attention of global from war on terror. The statement remarked Indian Navy does not take cognizance of such propaganda and the deployments of Indian Navy will remain undeterred.

"As was stated during the Joint Press Conference on 28 Feb 19, the Indian Navy remains deployed as necessary to protect National Maritime Interests. Over the past several days, we have witnessed Pakistan indulging in false propaganda and spread of misinformation. The Indian Navy does not take cognizance of such propaganda. Our deployments remain undeterred," Defence Ministry said in a press release.

Earlier on Tuesday, India had strongly rejected Pakistan's claim that an Indian submarine was detected by Pakistan Navy on Tuesday while it was trying to enter its waters, stressing that the submarine video released by Pakistan is of November 18, 2016.

Government sources added that Pakistan is hyping up the war psychosis in order to divert attention from the war on terror and the extremists harboured and trained by its army to attack India.

"The Pakistan Navy used its specialised skills to ward off the submarine, successfully keeping it from entering Pakistani waters. The Indian submarine was not targeted keeping in view Pakistan's policy of peace," a Pakistan Navy spokesperson was quoted as saying by ANI.

"Keeping the (Pakistan) government`s initiative of peace in mind, the Indian submarine was not targetted by the Pakistan Navy," added the spokesperson. The last time the two Navies fought against each other was during the 1971 war, which was won comprehensively was India.

Meanwhile, Indian Navy Chief Admiral Sunil Lanba on Tuesday said terrorists are being trained in Pakistan to carry out operations through the sea. Lanba added that the terrorists involved in the February 14 Pulwama attack were "aided by a State" that wants to create mayhem in India.