The Indian Navy ship encountered the fishing vessel while it was on a surveillance patrol in the Arabian Sea. 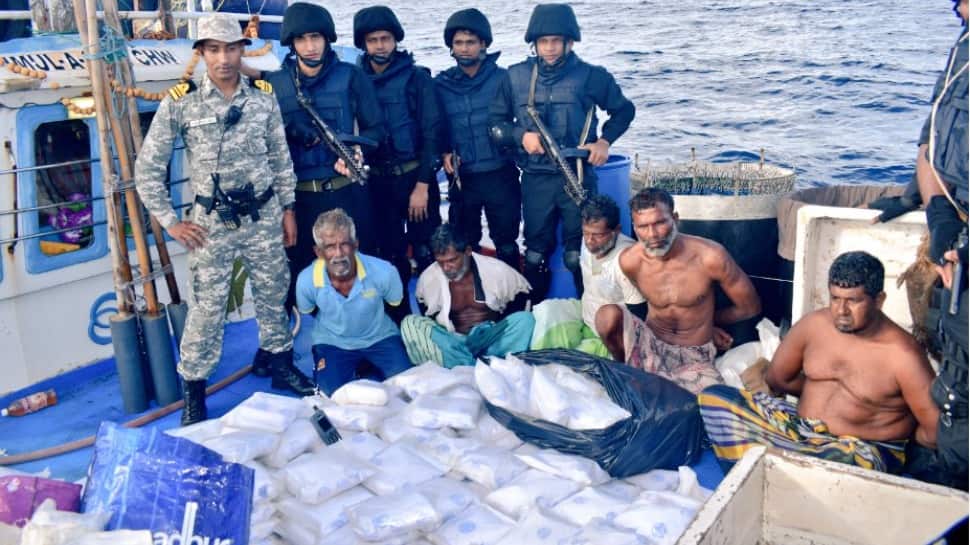 "Indian Naval Ship Suvarna, whilst on surveillance patrol in the Arabian Sea, encountered a fishing vessel with suspicious movements. To investigate the vessel, the ship’s team conducted boarding and search operation, which led to the seizure of more than 300 Kgs of narcotics substances," the official statement said.

The boat with its crew have been taken to an Indian Port of Kochi for further investigation.

"This is a major catch not only in terms of the quantity and cost but also from the perspective of disruption of the illegal narcotics smuggling routes, which emanate from the Makran coast and flow towards the Indian, Maldivian and Sri Lankan destinations," the Ministry of Defence added.

They stated that apart from the human costs from drug addiction, the spoils of narcotics trade feed syndicates involved in terrorism, radicalisation and criminal activities.

Apart from human costs #drug addiction, spoils of narcotics trade feed syndicates involved in terrorism, radicalisation & criminal activities.
This was a major catch in terms of qty & cost and also towards disruption of illegal narcotics smuggling routes (a  depiction ) (2/2) pic.twitter.com/neoV2iW7HW

Meanwhile, the Indian Naval Air Squadron (INAS) 323, the first unit of the indigenously built ALH Mk III aircraft, was commissioned into the Indian Navy at INS Hansa, Goa on Monday.

The squadron will operate three state-of-the-art ALH Mk III, a multirole helicopter with Shakti engine manufactured by Hindustan Aeronautics Limited (HAL). The Mk III version of the ALH has an all glass cockpit and will be used for Search and Rescue, Special Operations and Coastal Surveillance.