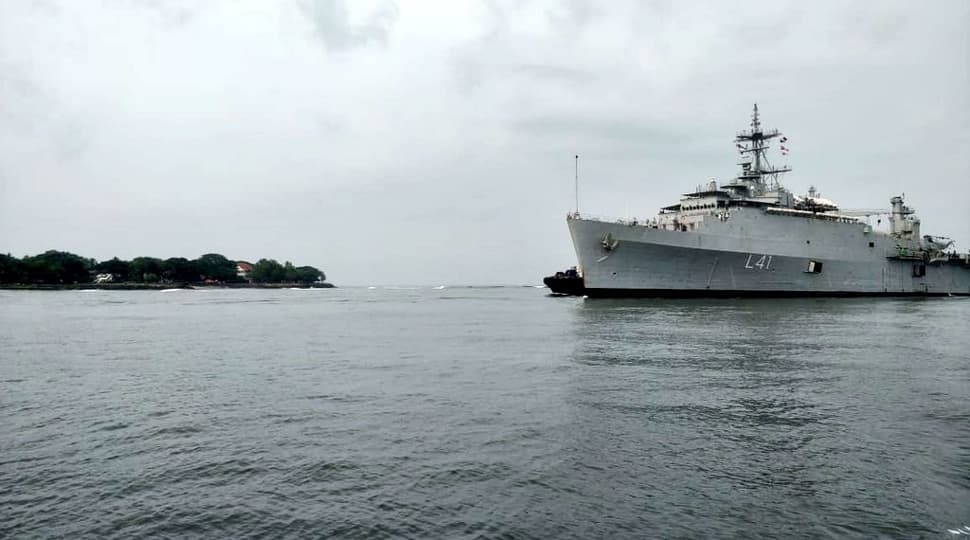 INS Jalashwa entered Male port in Maldives on Thursday (May 7) in order to evacuate Indian nationals as part of Samudra Setu programme. The ship left for Kochi from Maldives on Friday (May 8) carrying 698 Indians who were left stranded due to the nationwide lockdown imposed by Prime Minister Narendra Modi to contain the deadly coronavirus COVID-19.

It is to be noted that Indian Navy has been tasked by the Centre to evacuate stranded Indian nationals from Maldives as part of phase one of evacuation which started on May 8.

It may be recalled that the Indian Navy had carried out similar evacuation operations from overseas in the past too, as part of Operation Sukoon in 2006 and Operation Rahat in 2015.

Navy had carried out evacuation efforts in war-torn areas like Lebanon in 2006 and and in Yemen in 2015. In 1990, massive evacuation exercise was carried by Indian Navy during the first Gulf war between Iraq and Kuwait where around 1.5 lakh people were evacuated.