INS Ranjit, the third of the five Kashin-class destroyers built by erstwhile USSR, was commissioned in 1983. 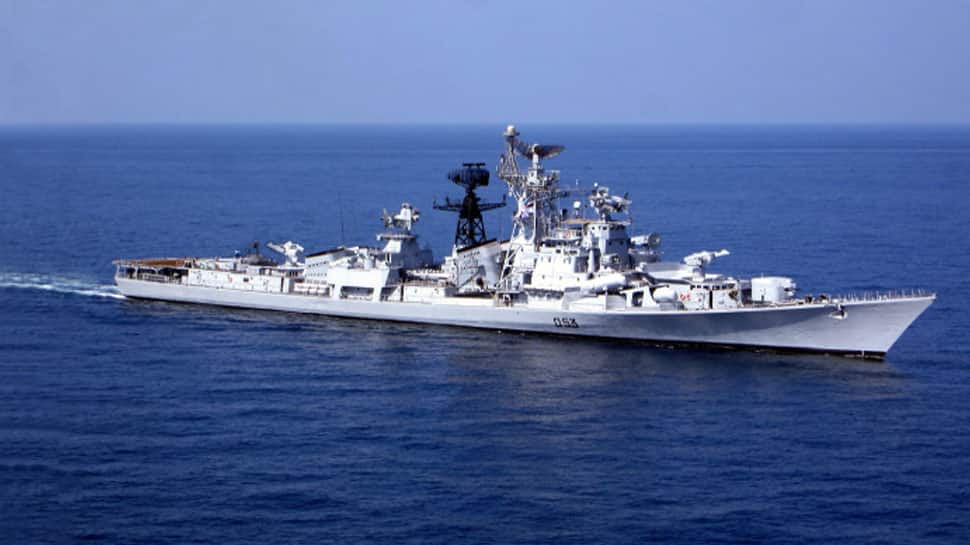 Mumbai: Indian Navy's frontline missile destroyer - INS Ranjit - would be decommissioned at the naval dockyard in Visakhapatnam on May 6 after serving for 36 years.

INS Ranjit is the third of the five Kashin-class destroyers built by erstwhile USSR. It was commissioned in 1983, according to a statement issued by the Indian Navy.

The ceremony will be attended by personnel who have served onboard INS Ranjit in the past and will also include officers and sailors from the commissioning crew, the release said.

The ship was commissioned as INS Ranjit on September 15, 1983, with Captain Vishnu Bhagwat at the helm, the statement said.

The officer went on to serve as the Chief of Naval Staff during 1996-98, the release said.

With a motto of 'Sada Rane Jayate' or 'Ever Victorious in Battle', INS Ranjit has been at the forefront in keeping the nation secure and participated in a number of operations, it said.

Some of these include IPKF operations, Operation Talwar during Kargil conflict.

In 2003, the ship was deployed off Mozambique to provide security cover to the African Union Summit.

The ship was also actively deployed as part of relief operations post-2004 tsunami and cyclone Hud-hud in 2014. In recognition of her service, the ship was awarded Unit Citation in 2003-04 and 2009-10, the release said.

Besides, the ship has seen many admirals who went on to become the chiefs of Naval Staff. It has been manned by 27 commissions with the last commission taking charge of the ship on June 6, 2017.

As the sun sets on May 9, 2019, the naval ensign and the commissioning pennant would be lowered for the last time onboard INS Ranjit, symbolising the end of the Ranjit era in the Indian Navy, the release said.