The original copy of the Constitution has images of Hindu gods and goddesses and historical figures like Lord Ram, Lord Krishna, Mahavir Jain among others. 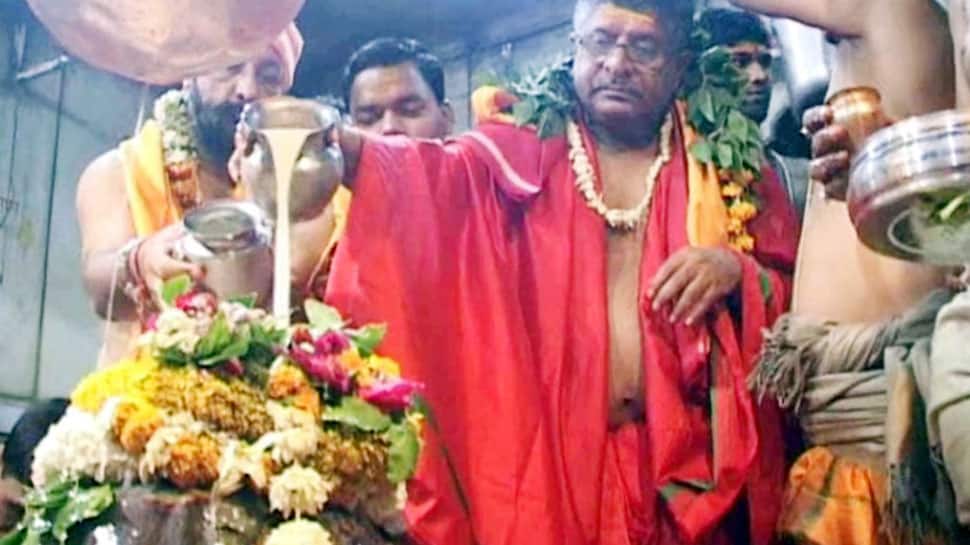 NEW DELHI: Union Law Minister Ravi Shankar Prasad on Friday said that the Narendra Modi-led NDA government attaches supreme value to the Constitution, which is inspired by the ancient holy scripture Bhagavad Gita. The senior BJP leader said that the Modi government had repealed several British-era laws and passed several new legislations like the ban on triple talaq, the safety of women and the prohibition of Benami Property Transactions Act etc.

''The Narendra Modi government has already repealed over 1,400 old and archaic British-era laws, which have been a constant source of inconvenience and trouble for people,'' the Law Minister said. Prasad also stated that the Centre has conveyed to states the need to repeal 225 old laws which are in their realm.

Prasad also said that the fast-track courts are being expanded to disposes of millions of legal cases pending in various courts of the county. He further said that the NDA government intends to come up with an independent body called the Arbitration Council of India (ACI) for the promotion of arbitration, mediation, conciliation and other alternative dispute redressal mechanisms.

From October 2, the tax officials will not be able to send direct notices to the common public unless they follow the procedures laid down by the government in this regard.

The Union Minister said that it's time for the creation of an All-India Judicial Service to recruit judges for the lower courts of the country.

The Law Ministry has also been consistently working on improving the judicial infrastructure with more courtrooms and appointment of judges, Prasad added.

Referring to the Centre's recent move to scrap Article 370 of the Constitution that gave special status to Jammu and Kashmir, Prasad said that country's first prime minister Jawaharlal Nehru failed to handle the Kashmir issue properly and made a mistake by asking the United Nations to intervene in the matter.

Prasad also recalled the role played by Sardar Vallabhbhai Patel, the first home minister, in ensuring the merger of princely states. The state of Hyderabad would have turned into a "Palestine" had Patel not united it with India, he said.

Hailing the Narendra Modi government for taking bold decisions in the best interest of the nation, Prasad said that today entire world has backed India on the issue and this has been possible due to a decisive leadership of the Prime Minister.

During his speech, the Law Minister displayed the original copy of the Constitution, which was reportedly gifted to him in 2000 by then parliamentary affairs minister Pramod Mahajan.

The original copy of the Constitution has images of Hindu gods and goddesses and historical figures like Lord Ram, Lord Krishna, Mahavir Jain among others. It also has the image of great Mughal emperor Akbar, he said.

Renowned painter Nand Lal Bose had illustrated the pages of the Constitution with images of Hindu gods and goddesses and historical figures as it was decided that it should reflect our cultural heritage, the Union Law Minister said, adding that our Constitution is inspired by ancient Holy scripture Bhagavad Gita.