India has gifted a Gandhi Solar Park and a Gandhi Peace Garden to the United States, marking the 150th birth anniversary of Mahatma Gandhi. 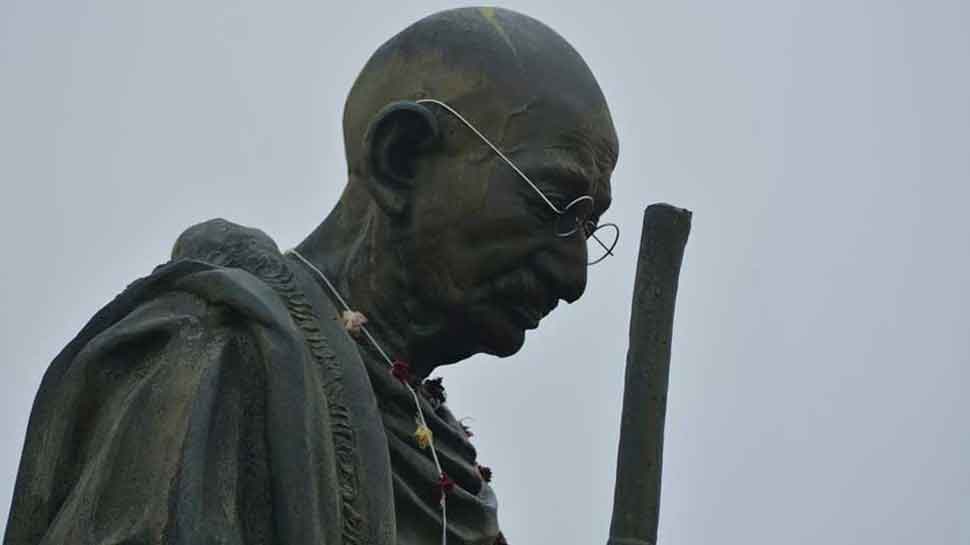 United Nations: Leaders from around the world joined hands in the spirit of Gandhian universality to inaugurate a solar facility and roof garden at the UN headquarters and a garden with trees from across the US dedicated to the Mahatma on his 150th birth year.

Secretary-General Antonio Guterres, South Korean President Moon Jae-in and Prime Ministers Narendra Modi, Sheikh Hasina of Bangladesh, Andre Holness of Jamaica, Jacinda Arden of New Zealand and Lee Hsien Loong of Singapore placed their hands on a glass globe to inaugurate them remotely during a meeting on Tuesday convened by India on Leadership Matters -- Relevance of Mahatma Gandhi in the Contemporary World.

Coloured lights throbbed in the globe as the solar array came online catching the sun`s last rays of the day and a video of the park lit up.

The Gandhi Solar Park costing $1 million and having an output of 50 kilowatts of electricity is located on the roof of the Conference Building at the headquarters and is a gift from India to the UN to provide it clean energy. India also donated the Gandhi Peace Garden made up of 150 trees located at a university campus in Old Westbury as another environmental gift.

Marking the 150th birth anniversary of Gandhi, the two gifts symbolize India`s commitment to the environment by producing clean power and capturing carbon emissions in the trees. Accepting the gifts, Guterres said: "I commend those who have decided to pay tribute to Gandhi`s legacy by marking this anniversary with a project connected to one of the Sustainable Development Goals -- a fitting way to honour this most action-oriented leader."

He thanked India for supporting the elimination of single-use plastic at the UN by providing reusable bags and kits, and for installing solar panels and a green roof on top of the Conference Building.