Earlier, anticipating a locust attack, the Ministry of Agriculture had signed a contract with a UK-based firm to modify two Mi-17 Helicopters for spraying atomized pesticide to arrest locust breeding. 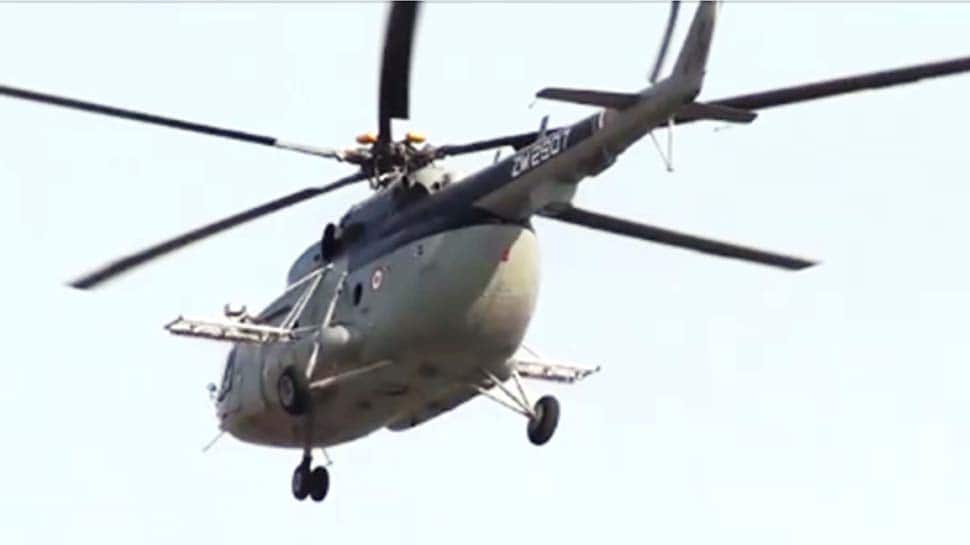 In a bid to fight the locust attack menace, the Indian Air Force (IAF) has tasked the number three Base Repair Depot located at Chandigarh to undertake the challenging task of indigenously designing and developing an Airborne Locust Control System (ALCS) for a Mi-17 helicopter.

Earlier, anticipating a locust attack, the Ministry of Agriculture had signed a contract with a UK-based firm to modify two Mi-17 Helicopters for spraying atomized pesticide to arrest locust breeding. However, due to COVID-19 pandemic, M/s Micron, would be able to manufacture and supply the modification kit to the IAF only from September 2020 onward for system integration and testing. 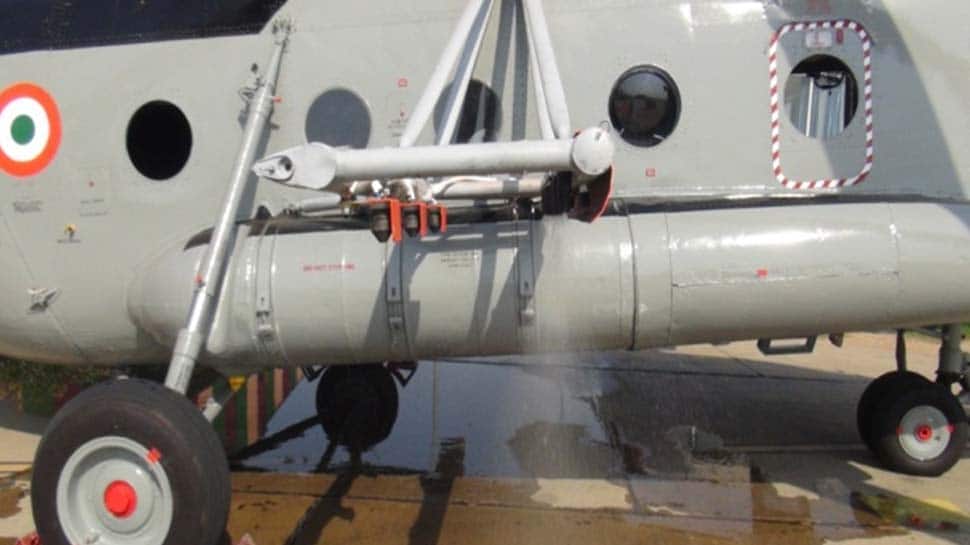 In view of the envisaged delay in provisioning of modification kits, the Chandigarh base depot was entrusted with the task. Using all indigenous components, the atomized airborne spraying of pesticide has been successfully achieved in air through a configuration of nozzles mounted both sides on external trusses of a Mi-17 helicopter.

The nozzles used for the purpose are a mix of commercially available nozzles as well as the nozzles developed by CSIO, Chandigarh. The pesticide Malathion in appropriate concentration would be filled in the internal Auxiliary tank of 800 litres capacity fitted inside the helicopter and pumped into the nozzles by using an electrical pump as well as compressed air, achieving nearly 40 minutes of spaying duration in the infected zone covering an area of approximately 750 hectares in each mission.

A team of Test Pilots and Test Engineers of Aircraft and Systems Testing Establishment, Bangalore have successfully carried out ground and airborne trials of ALCS on a modified Mi-17 helicopter.  The system is being offered for use with Malathion for employment in the locust control operation.

Being an indigenously developed system, the ALCS would offer inherent advantages of in-house maintenance, future upgradeability, saving of foreign exchange and help in making the country Self Reliant in aviation-related technology.