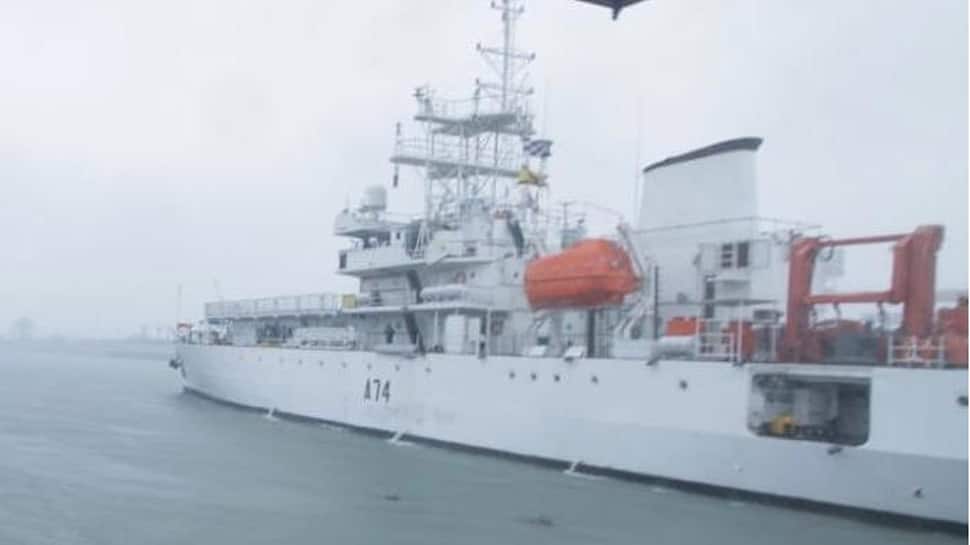 The objective of this mission is to promote cooperation in areas of ocean research among the IOR countries.

RM has extended his best wishes for the success of Sagar Maitri mission. pic.twitter.com/zI5kstvZcR

Indian Navy said in a tweet that the objective of this mission is to promote cooperation in areas of ocean research among the Indian Ocean Rim countries. Defence Minister Rajnath Singh has extended his best wishes for the success of Sagar Maitri mission. The Marine & Allied Interdisciplinary Training and Research Initiative is in consonance with the Prime Minister Narendra Modi's vision of Safety And Growth of All in the Region (SAGAR) and it is seen as a step by Indian Navy towards enhancing oceanic research and strengthening relationships with South-East Asian countries.

The ship’s mission which was conceptualized by DRDO is in consonance with Prime Minister’s vision of Safety And Growth of All in the Region(SAGAR) to promote closer co-op in socio-economic aspects as well as greater scientific interaction in ocean research in underwater acoustics pic.twitter.com/VVwiJql2iw

Ministry of Information and Broadcasting said in a press statement that its second mission, the ship would be visiting Thailand, Malaysia, Singapore, and Indonesia and its main objective would be to initiate collaborative research programmes with selected institutes in these countries.

The first Sagar Maitri mission was held in April when INS Sagardhwani visited Myanmar. Owned by Naval Physical & Oceanographic Laboratory, INS Sagardhwani is an indigenously built ship commissioned in 1994. Operated by the Indian Navy, the ship has carried out intensive oceanographic observational programmes and research in the past. INS Sagardhwani is scheduled to celebrate its silver jubilee on July 30.