Integration of Brahmos missiles on Sukhoi jets to be fast-tracked: Sources

In 2016, the government had decided to integrate the air-launched variant of the Brahmos, the world's fastest supersonic cruise missile, into over 40 Sukhoi fighter jets. 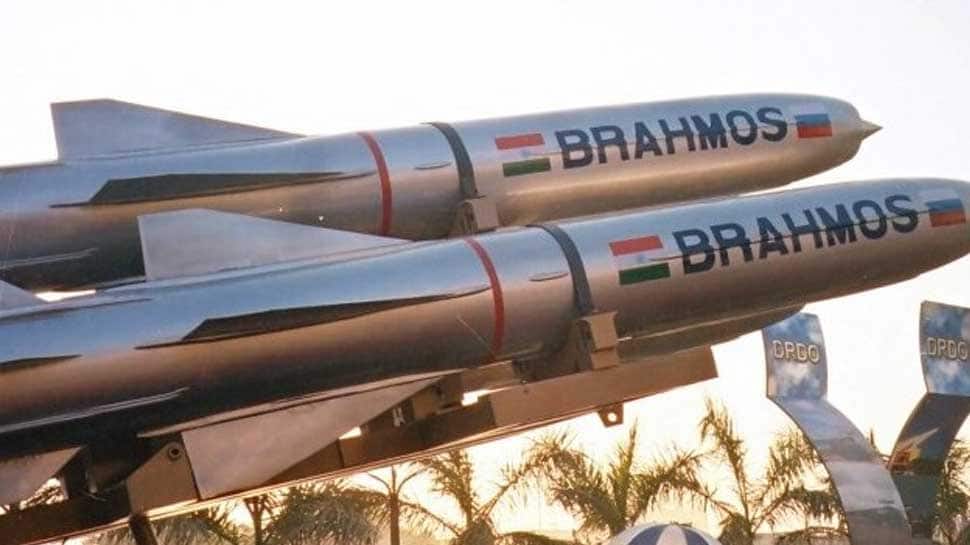 NEW DELHI: Weeks after the Balakot air strikes, the government decided to fast-track integration of the Brahmos supersonic cruise missile on over 40 Sukhoi fighter jets, a closely guarded strategic project aimed at bolstering combat capability of the Indian Air Force, official sources said Sunday. They said the Hindustan Aeronautics Ltd (HAL) and the BrahMos Aerospace Ltd were told to expedite implementation of the project so that it can be completed much before the scheduled deadline of December 2020.

In 2016, the government had decided to integrate the air-launched variant of the Brahmos, the world's fastest supersonic cruise missile, into over 40 Sukhoi fighter jets.  Though actual work on the project started by end of 2017, its implementation has been very slow, the sources said.

A review on ways to strengthen the IAF was carried out in the backdrop of the Balakot air strikes and subsequent Pakistani retaliation and it was felt that the early integration of Brahmos on Sukhoi jet should be a priority, they said. It was felt that the planned induction of Rafale aircraft with deadly Meteor beyond-visual-range air-to-air missile (BVRAAM), procurement of S-400 air defence missile system and integration of Brahmos on Sukhoi will provide India a significant advantage over Pakistani Air Force.

There was a view in the IAF that if it possessed high levels of "technological asymmetry", then it would have been able to inflict heavy damage on Pakistan during the adversary's unsuccessful aerial raid on February 27. The government is undertaking several measures to strengthen the IAF's combat prowess, the sources said, adding the HAL has been specifically told to put additional manpower and resources to fast-track the Brahmos project.

Once the project to integrate the weapon on the combat fleet was over, the IAF's capability to strike from large stand-off ranges on any target in sea or land is expected to go up manifold. The missile coupled with the superlative performance of the Sukhoi aircraft will give the IAF a strategic reach and will allow it to dominate the ocean and the battle fields, according to an assessment by the IAF.

The air-launched variant of the Brahmos was successfully test fired from a Sukhoi-30 combat jet on November 22, 2017, marking a major milestone to enhance the precision strike capability of the air force.A fleet of 40 Sukhoi jet are undergoing structural modifications at the state-run aerospace major Hindustan Aeronautics Ltd (HAL) for integration of the missile on them.

The 2.5-ton missile flies almost three times the speed of sound at Mach 2.8 and has a range of 290 km. The range of the missile, an Indo-Russia joint venture, can be extended up to 400 km as certain technical restrictions were lifted after India became a full member of the Missile Technology Control Regime (MTCR) last year.

Brahmos missile is the heaviest weapon to be deployed on India's Su-30 fighter aircraft. The integration of the missile on Sukhoi aircraft is a very complex process involving mechanical, electrical and software modifications of the Su-30 jet, officials said.