Rainy conditions will prevail for the next three to four days across the country due to revived monsoons. 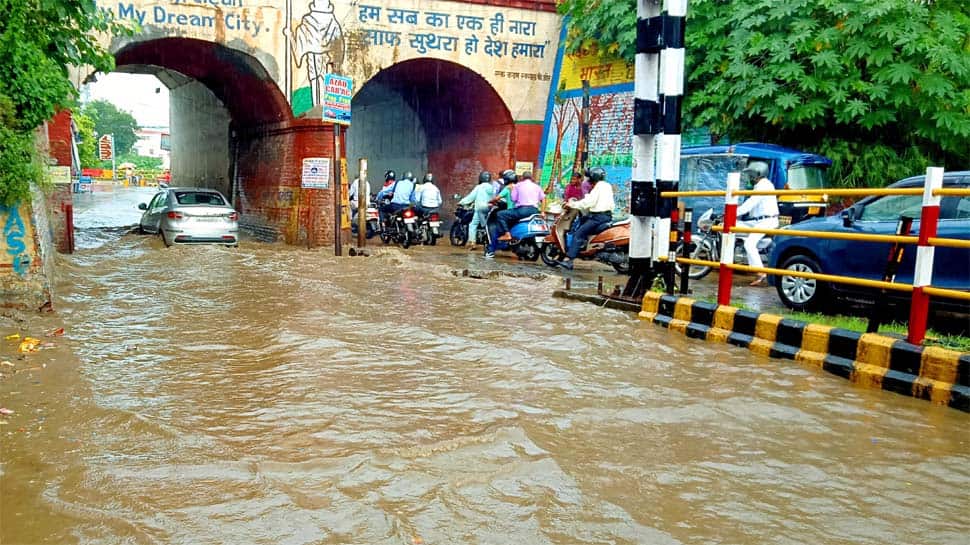 A road water-logged after heavy rain in Haridwar on Thursday. (ANI Photo)
Share:
Written By:

The India Meteorological Department (IMD) has predicted heavy to moderate rainfalls in several states across the country for the next three days.

“Strong winds, speed reaching 45-55 kmph, are very likely to prevail over westcentral & southwest Arabian Sea, central & southeast Bay of Bengal and along & off Andaman & Nicobar Islands,” said the weather department in its latest statement. Fishermen have been advised not to venture into these areas.

In Goa, heavy to moderate rainfall spells are very likely to affect the north and south districts till Friday afternoon.

Similar weather conditions will prevail for the next three to four days. The wet spell will further engulf the states of Uttar Pradesh, Andhra Pradesh, Telangana, Karnataka, Jammu & Kashmir, Haryana, Chandigarh and Delhi.

According to Skymetweather, a fresh low-pressure area has formed in the Northwest Bay of Bengal and adjoining area of Gangetic West Bengal and North Odisha.

“This is the sixth consecutive low-pressure area to form in August in quick succession. With this, Monsoon 2019 rain would once again revive over Central India,” it added. However, the latest monsoon system is not very strong and extremely heavy rains are not expected.