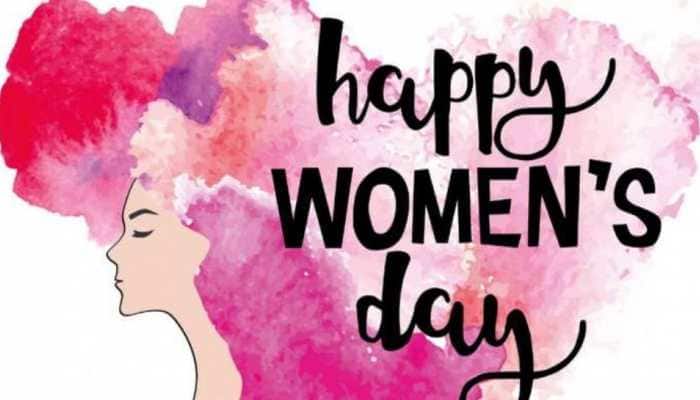 "It is a very great experience. We feel special to have an all women's team here. The air traffic is increasing day by day post-COVID lockdown. All the women are handling the traffic very well. This is a male-dominated job. However, I believe that women are equally capable of handling such stressful air traffic monitoring job," Shilpam Ratan, manager, Air Traffic Control (ATC) told ANI.

"It is indeed very challenging. But, soon, I believe that it will be a female-dominated job. We got several wishes from several pilots today on the occasion of International Women's Day," she added.``I feel elated working here. I started working here in 1984. I was the only female working then. There were taboos earlier. But, despite those, I enjoy doing ATC duties. The job is stressful as well. However, I believe that we women can manage both household chores and office work well," said Ritu Sharma, Joint General Manager ATC.

"I feel very happy and proud to see all the women working here. Despite it being a stressful job, I hope we can inspire many women to come forward and do this job," said Gurpreet Kaur, Assistant General Manager and the only woman Approach radar controller and instructor at IGI airport.

" I would like to extend my greetings on International Women`s Day to all the women of our aviation industry. We are trying to recruit as many women officers as possible in this field. In the last 4-5 years, we have increased women's representation in this field by 25-30 percent. Talking about Delhi airport, more than 20 percent of women are providing airport navigation service. Today, an all-women team is handling ATC operations at the country's busiest Indira Gandhi International Airport in New Delhi," said Anuj Aggarwal, Chairperson, Airports Authority of India.

"My best wishes to all our women officers and staff of AAI on the occasion of Women's Day and we are proud of their immense contribution to the stupendous growth of our esteemed organisation. Today all women ATCOs are controlling the operations at the Control Tower of IGI Airport and some other airports. I have visited IGI Airport today to personally congratulate them on this occasion," said IN Murthy, Member (ANS) at IGI airport ANS Unit today morning.

The women team manned the entire air traffic control of the Delhi Flight Information Region. It includes the control tower, apparel control and en-route control. The ATC tower at Delhi airport is capable of handling more than 1,200 flights per day with a peak hour handling capacity of 75 flights. The Airports Authority of India in recent years has encouraged women to take the challenging job of managing air traffic.

The participation of women as Air Traffic Controllers has been increasing with every subsequent batch of trainees because of the safe and professional environment that they experience while achieving career progression. These women ATCs are highly trained to deal with high levels of air traffic, bad weather or emergencies.

Women are now foraying into a profession that has remained a male bastion until now. They have come a long way since 1989 when the first batch of 9 female controllers was recruited in AAI.

Women contribute to a major workforce as Air Traffic Controllers at most of the major airports as well as remote stations in India.

At the Airports Authority of India, women employees constitute some 15 percent of the total strength of 16,877 employees. They are not only moving up the ladder in the executive field but also handle most of the previously male-dominated jobs including fire service, engineering, industrial relations and airport operations.

West Bengal CM Mamata Banerjee slams PM Modi for 'spreading lies and canards' against TMC, says fight is between me and BJP in all 294 seats