Internet services restored in Jammu, landline phones up and running in Ramban, Kishtwar and Doda districts

Authorities had said connectivity in the newly-formed UT will be restored from Friday night after a lengthy communications shutdown to maintain peace. 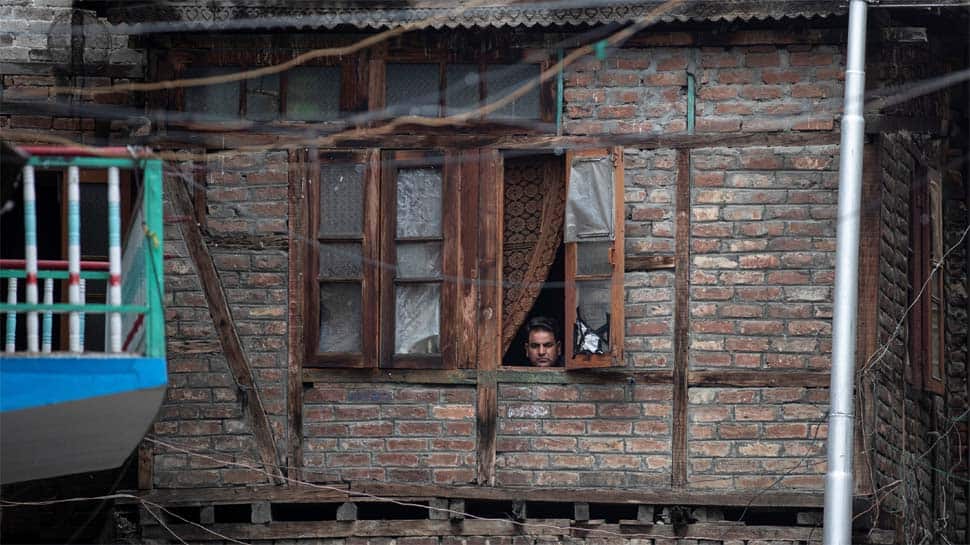 A Kashmiri man looks out of his house during restrictions after the scrapping of the special constitutional status for Kashmir by the government, in Srinagar(Reuters photo)

SRINAGAR: Internet services have been restored in Jammu, while landline phones were up and running at Ramban, Kishtwar and Doda districts on Saturday morning. Phone lines in Rajouri and Poonch have also been restored.

Authorities had said some telephone connections in the newly-formed Union Territory will be restored from Friday night, including in the main city of Srinagar, after a lengthy communications shutdown to maintain peace and avoid any untoward incident.

At a press brief, Jammu and Kashmir Chief Secretary BVR Subrahmanyam Friday said that not a single death was reported in the state despite efforts by Pakistan to destabilise the situation after the Centre's decision to impose restrictions in the wake of scrapping of Article 370. He added that the situation in the state is completely normal and public transport have started operating from Friday. Government offices have resumed while schools and colleges will be opened after the weekend area by area.

"Telecom connectivity will be gradually eased and restored in a phased manner,'' said Subrahmanyam, ''Some telephone connections in Kashmir will be restored from Friday night, including in the main city of Srinagar."

"You will find a lot of Srinagar functioning from tomorrow morning," Subrahmanyam said in response to a question on restoring of landline telephones. "Exchange by exchange they will be switching it on," he said. "Over the weekend, you`ll have most of these lines functional."

Subrahmanyam said that certain steps were taken by the Centre to ensure the safety of J&K residents, which included restrictions on free movement and snapping telecom connectivity, prevention of large gathering, closure of schools and colleges.

The Governor's directions come days after security was heightened in the area following the Centre's decision to withdraw the special status of Jammu and Kashmir and bifurcating it into two Union Territories - Jammu and Kashmir with legislature and Ladakh without it.