Reddy met the family of a woman veterinarian, who was gang-raped and murdered by four persons at Shamshabad on the outskirts of Hyderabad on Wednesday, 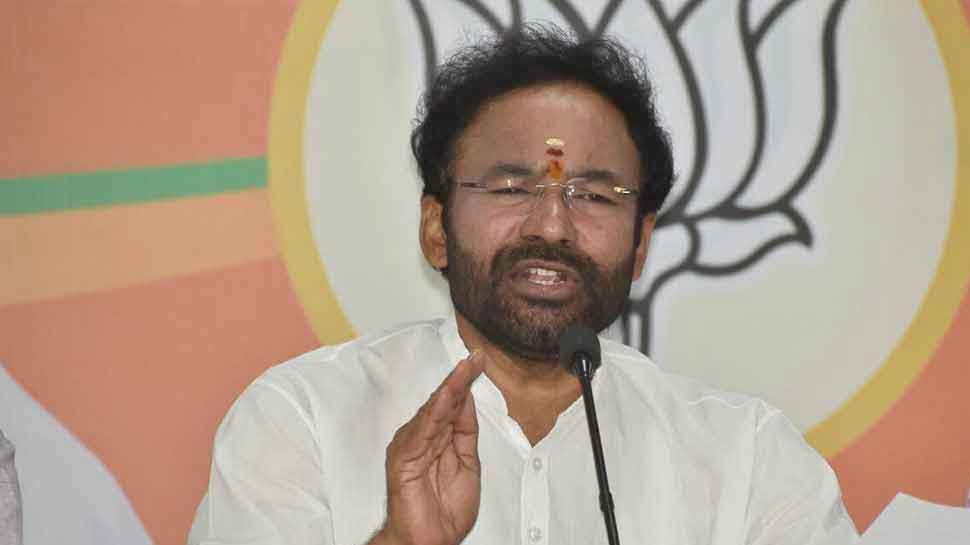 Hyderabad: Union Minister of State for Home G Kishan Reddy on Saturday said the Indian Penal Code (IPC) and the Code of Criminal Procedure (CrPC) will be amended to expedite trial in grave criminal offences such as rape and murder. He told reporters that the Centre is considering a suggestion that the conviction in such cases by trial courts may be challenged only in the Supreme Court.

He said IPC and CrPC need to be amended as they were framed during the British rule. "The Bureau of Police Research and Development (BPRD) has already prepared a draft of amendments in criminal codes," he said and appealed to people to give their suggestions so that the provisions relating to the crimes against women are strengthened and the guilty are punished at the earliest.

He was talking to reporters after calling on the family of a woman veterinarian, who was gang-raped and murdered by four persons at Shamshabad on the outskirts of Hyderabad on Wednesday night. Reddy said the Centre in coordination with the Telangana government would ensure that the case is disposed of expeditiously and guilty get capital punishment.

Stating that there is anger among people over the shocking incident, he hoped that the state government will act in tune with the people`s sentiments. Terming the Shamshabad incident as a shame to humanity, he said this was the second incident after the 2012 Nirbhaya incident in Delhi to spark outrage across the country.

Reddy said he spoke to Telangana Director General of Police Mahender Reddy and officials in the Ministry of Home Affairs were in touch with the state government officials.

The minister said Telangana would soon implement Emergency Response Support System (ERSS). Under this system, a person in distress can call 112 on the mobile app. Press of a button sends an alert to the nearest police station and 5-6 police officers.

The victim in the Shamshabad case had made her last call to her sister to inform that she was stranded due to flat tyre of her scooty and that she was feeling frightened due to the presence of some truck drivers near her.

On the allegation by the victim`s family that there was a delay in police response due to the jurisdiction issue between two police stations, the minister said the Supreme Court has passed clear orders that in times of distress the police, irrespective of the jurisdiction, should render assistance.

He said amendments in criminals codes will also be made with respect to the jurisdiction issue.