Multiple tweets on the issue claimed that the slogans on the cups violated the Model Code of Conduct. 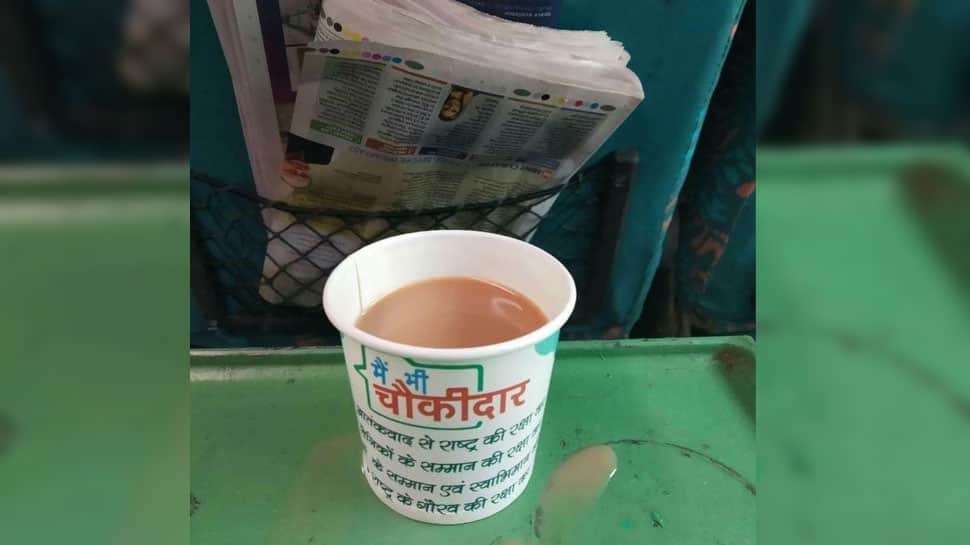 New Delhi: The Indian Railway Catering and Tourism Corporation Friday admitted that tea was served in paper cups bearing 'Main bhi Chowkidar' (I am also a watchman) slogan but were immediately withdrawn.

An image of the paper cup with the slogan was tweeted by a passenger on Kathgodam Shatabdi train went viral on Friday. IRCTC added that the cups were withdrawn immediately and Rs 1 lakh fine was imposed on the contractor.

The incident comes days after Indian Railways was forced to withdraw tickets with photos of Prime Minister Narendra Modi printed on them.

“News reports that tea has been served in cups labelled as "main bhi chowkidar" have been investigated. This was without any prior approval of IRCTC,” said the corporation in a statement.

“The cups have been withdrawn with immediate effect. It may be noted that only few of these cups were in circulation. Explanation has been called from Supervisors/Pantry In-charges. 1 lakh fine has been imposed on the service provider. Show cause notice has also been served for this misconduct,” it added.

The cups also had an advertisement by Sankalp Foundation, an NGO. Reports claimed that that tea was served in these cups twice.

Multiple tweets on the issue claimed that the cups violated the Model Code of Conduct which came into effect with the announcement of Lok Sabha Election dates.