“Critically examine the role of Governor in the state politics in India, particularly in Bihar. Is he a mere puppet?”

The question paper of Bihar Public Service Commission (BPSC) Mains Examination, which was held on Sunday, has raised eyebrows because of a question on the role of state Governor. The question paper, shared on Twitter by news agency ANI, showed that the aspirant were asked if they considered Government as “a mere puppet”.

“Critically examine the role of Governor in the state politics in India, particularly in Bihar. Is he a mere puppet?” read the question. 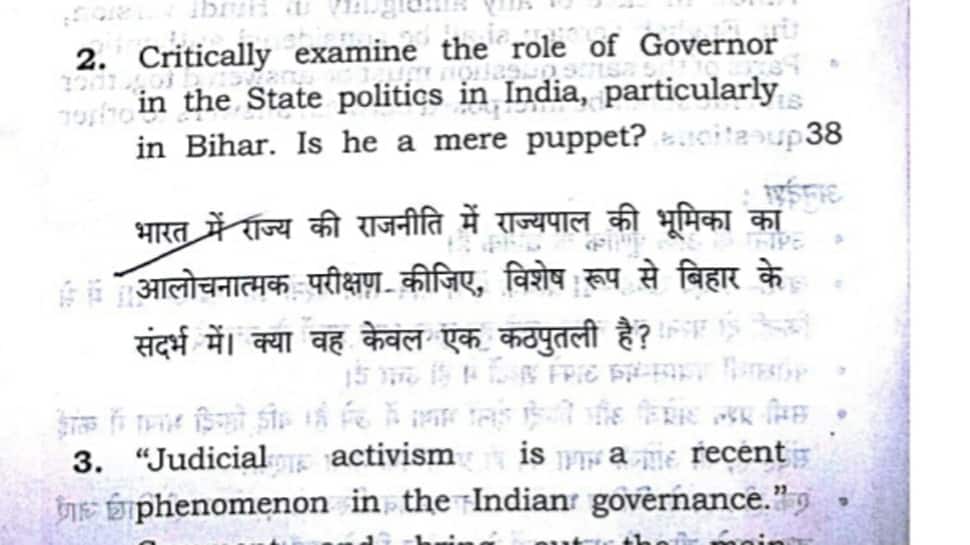 The question was asked in the second paper of General Knowledge.

There was another question in the paper which asked the aspirants about their opinion on the large number of political parties in the country. They were asked about the pros and cons of having so many parties in the Indian polity.

Apart from this, one question talked about the issue of judicial activism. The aspirants were asked to comment on – “Judicial activism is a recent phenomenon in the Indian governance”.

Reacting to the row over the question paper, the Rashtriya Janata Dal (RJD) termed it as an insult to the post of Governor. RJD legislator Bhai Virendra said that the one who set such question must be identified and penalised for the act.

Bihar Education Minister Krishna Nandan Prasad Verma said that asking such question in the BPSC paper was “unfortunate”. “It needs to be seen as to how such question was asked in the question paper. But more can be said only after more details are sought regarding the matter,” said the minister.