The former Rashtriya Janata Dal (RJD) parliamentarian is currently lodged in Tihar Jail and serving a life term in a murder case. 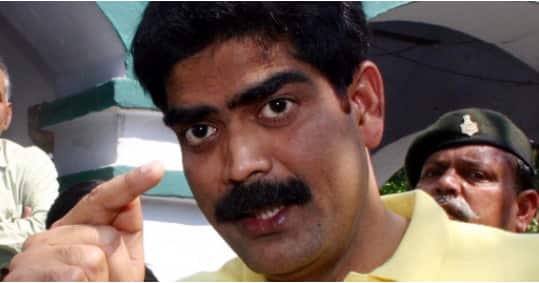 Shahabuddin had prayed for granting custody parole to visit Siwan to meet his family on account of his father's death.

The Delhi HC, however, noted that the police departments of Bihar and Delhi are in unison that they cannot assure his safety in Siwan. Shahabuddin, a convict, and an undertrial, was shifted to Tihar jail in 2018 by the Supreme Court from Siwan jail in Bihar.

The court said, "Rare is it to come-upon a case where state governments are unsure and dithering to make a commitment that they can ensure the custody of a prisoner. This, however, is definitely such a case." It also referred to the top court's previous orders which had recorded that the state of Bihar had said in a counter-affidavit that Shahabuddin controls a 'private army', and that he has been accused of being involved in murder cases even while he was in judicial custody.

The former RJD MP sought custody parole to go to Siwan on the ground that his father passed away on September 19 and he wishes to spend time with his grieving mother, who is unwell, and family members and to offer prayers at the grave of his late father.

The high court granted 'custody parole' to Shahabuddin for a period of six hours at a time on any three days of his choice, whether consecutive or otherwise, within 30 days from the date of the order, which was passed on Wednesday.

The HC directed that "On each of these three days, the petitioner (Shahabuddin) would be taken 'in custody' with adequate police security and protection, to a single address of his choice to be indicated by him in writing to the Jail Superintendent in advance, but only within the State of Delhi; which address and location would be verified and secured appropriately by the state."

It said during the custody parole, he shall be free to meet only his mother, wife, and any other blood relatives and afforded sufficient privacy to interact with such persons. The court also made it clear that Shahabuddin shall not be entitled to the presence of his personal guards.

The court said it has given its painful consideration to the prayers made in the petition and is of the opinion that a very strict balancing is required between the humane considerations for grant of custody parole and the overarching considerations of ensuring judicial custody of the prisoner, his own safety and the safety of others and ensuring that there is no subversion of the legal process.

Earlier, Delhi government counsel had said the state cannot be held responsible for the safety and security of the prisoner in Bihar, adding that it will be difficult to take him to Bihar as a full police battalion is required to go with him and also due to COVID-19 pandemic.

Similarly, the Bihar government's affidavit stated that if the custody, safety, and security of Shahabuddin is to be ensured within Bihar, it would require a huge police force, besides the security personnel who would ensure his safety during transportation within Delhi.

The former Bihar MP Shahabuddin was declared a history-sheeter Type A, or one who is beyond reform, and has been a member of the legislative assembly on two occasions and a member of Parliament four times. On February 15, 2018, the SC had ordered shifting of Shahabuddin, now facing trial in over three dozen criminal cases, from Siwan Jail to Tihar.

The top court had given this order in the wake of a plea filed by Asha Ranjan, the widow of slain Siwan-based journalist Rajdeo Ranjan, and Chandrakeshwar Prasad, whose three sons were killed in separate incidents by the former RJD MP.