Jaish-e-Mohammad responsible for numerous terrorist attacks, a threat to regional stability: US

The US has asked Pakistan to take "sustained and irreversible" actions against terrorist groups operating from its territory, according to a top State Department official. 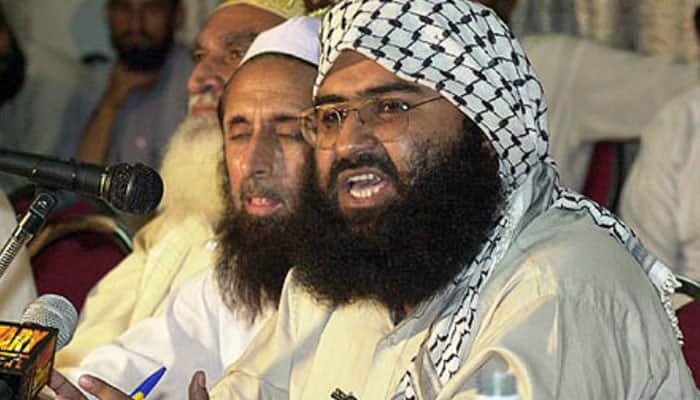 Washington: The US has asked Pakistan to take "sustained and irreversible" actions against terrorist groups operating from its territory, according to a top State Department official.

The State Department statement came as Pakistan, under global pressure after the Pulwama terror attack and India's air strikes against a JeM terrorist camp in Balakot on February 26, has started taking actions against some of the terrorist outfits and their leaders over the past few days.

In Islamabad, the Interior Ministry announced that a total of 121 members of the proscribed groups have so far been taken into "preventive detention" across Pakistan.

State Department Deputy Spokesperson Robert Palladino told reporters at his biweekly news conference on Thursday, "I would say that we, the United States notes these steps and we continue to urge Pakistan to take sustained, irreversible actions against terrorist groups that will prevent future attacks and promote regional stability".

"We reiterate our call for Pakistan to abide by its United Nations Security Council obligations to deny terrorists safe haven and block their entry to funds," he said.

Responding to questions, Palladino refrained from giving a direct answer on the move in New York to designate Jaish-e-Mohammad (JeM) leader Masood Azhar as a global terrorist but said that the US and its allies in the UN Security Council want to update the UN list of terrorist organisations and leaders.

"Our views on Masood Azhar and Jaish-e-Mohammed are well-known. Jaish-e-Mohammad is a United Nations-designated terrorist group that has been responsible for numerous terrorist attacks and is a threat to regional stability. Masood Azhar is the founder and leader of JEM," he said.

Questions on United Nations sanctions committee deliberations are confidential and as such it is not something that the State Department is going to be able to comment on specific matters in that regard, he said.

"But we will continue to work with the sanctions committee to ensure that the list is updated and that it is accurate," Palladino said.

At the US Capitol, India's ambassador to the US Harsh Vardhan Shringla met Kevin McCarthy, the Republican leader in the House of Representatives.

"We must stand strong against acts of terrorism and work together to improve trade between our nations," the top Republican leader said after the meeting.

Tensions between India and Pakistan escalated after a suicide bomber of Pakistan-based terror group JeM killed 40 CRPF personnel in Jammu and Kashmir's Pulwama district on February 14.

India launched a counter-terror operation in Balakot. The next day, Pakistan Air Force retaliated and downed a MiG-21 in an aerial combat and captured its pilot, who was handed over to India on March 1.