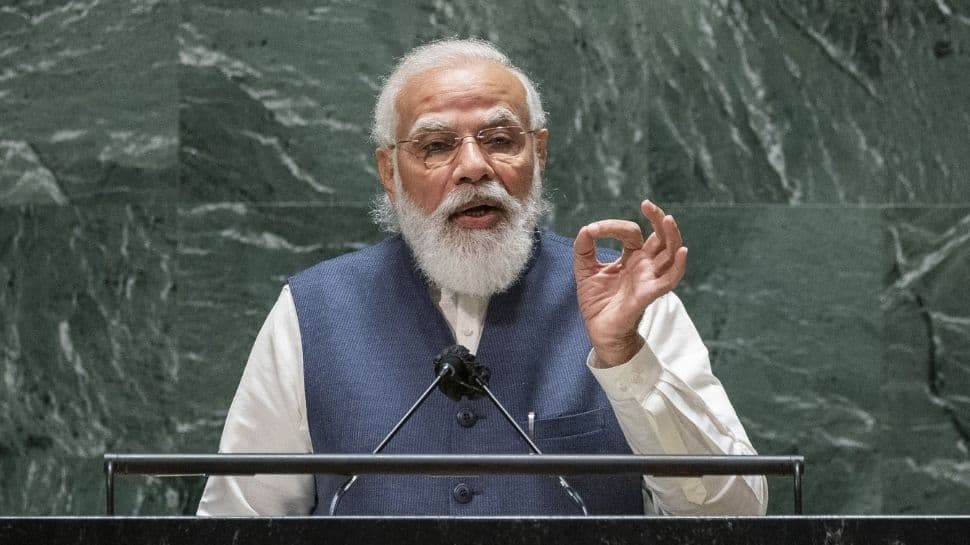 New Delhi: Terming the Jal Jeevan Mission, 'village-driven' and 'women-driven' movement, Prime Minister Narendra Modi said that it aims not only at making water accessible to the people but is also a big movement of decentralization. His remarks came at an interaction with Gram Panchayats and Pani Samitis, Village Water and Sanitation Committees (VWSC) on Jal Jeevan Mission today (October 2) through video conferencing.

Speaking on the occasion, PM Modi said, "This is a village-driven and women-driven movement. Its main base is a mass movement and public participation. On the Jal Jeevan Mission app, every detail regarding this movement will be available in one place." He further said, "I am happy that on this day, people from lakhs of villages across the country are conducting Jal Jeevan Samvad through 'Gram Sabhas'. Jal Jeevan Mission is not only to make water accessible to the people. It's also a big movement of decentralization."

Out of over 6 lakh villages, Pani Samitis, VWSCs have been constituted in around 3.5 lakh villages. More than 7.1 lakh women have been trained to test the quality of water by using field test kits. On August 15, 2019, the Prime Minister announced the Jal Jeevan Mission to provide clean tap water to every household. At the time of the launch of the mission, only 3.23 crore (17 per cent) rural households had a tap water supply.

To realize the Prime Minister`s vision of 'Sabka Saath, Sabka Vikas, Sabka Vishwas, Sabka Prayas', and following the 'bottom up' approach, Jal Jeevan Mission is implemented in partnership with States with a budget of Rs. 3.60 lakh crores. Further, Rs 1.42 lakh crore has been allocated to PRIs as a tied grant under the 15th Finance Commission for water and sanitation in villages for the period 2021-22 to 2025-26