PM Modi said that like Jallianwala Bagh, the Centre is also remodelling every historical monument associated with India's Independence. 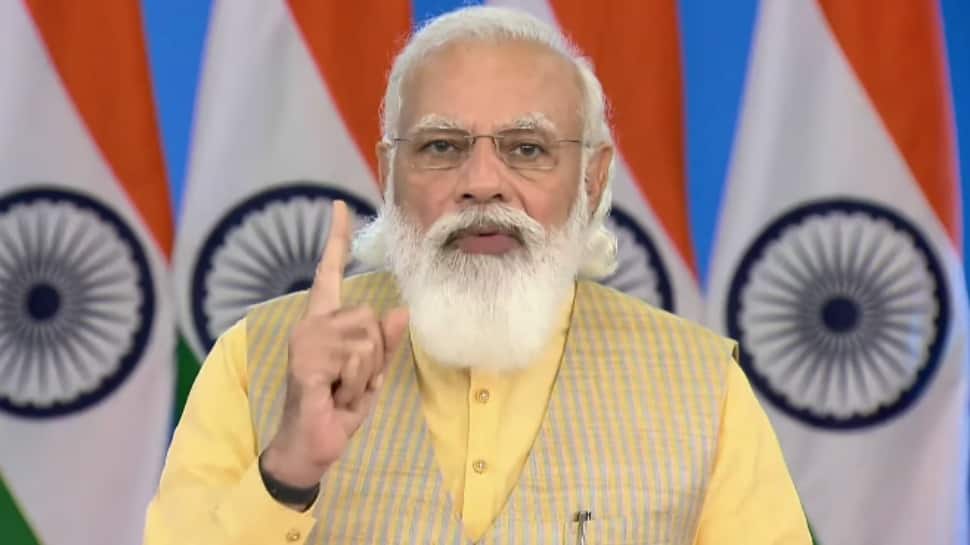 New Delhi: Prime Minister Narendra Modi on Saturday (August 28, 2021) inaugurated a renovated complex of the Jallianwala Bagh memorial and expressed that it is a place that gave courage to innumerable revolutionaries. During the virtual event, the Prime Minister said that it is the responsibility of every nation to preserve its history.

"Our history teaches us a lot and show us the way forward. We've seen scenes similar to the Jallianwala Bagh incident during the Partition," he said.

"Jallianwala Bagh is the place that gave courage to an innumerable number of revolutionaries like Sardar Udham Singh and Bhagat Singh to sacrifice their lives for the freedom of the nation," PM Modi added.

Renovated complex of Jallianwala Bagh Smarak being dedicated to the nation. https://t.co/qvgSvFD422

He informed that like Jallianwala Bagh, the Centre is also remodelling every historical monument associated with India's Independence. PM Modi said that India's first interactive gallery which is dedicated to Chandra Shekhar Azad is also being constructed in Uttar Pradesh's Prayagraj.

According to the Prime Minister's Office, four museum galleries have been created through the adaptive reuse of redundant and underutilised buildings. The galleries showcase the historical value of events that unfolded in Punjab during that period, with the fusion of audio-visual technology, including projection mapping and 3D representation, as well as art and sculptural installations.

A Sound and Light show has also been set up to display the events that happened on April 13, 1919.