Jamia VC Najma Akhtar said that a decision has also been taken that the administration will also explore the possibility of moving court for the registration of FIR in the December 15, 2019 police brutality in university library case at the earliest. 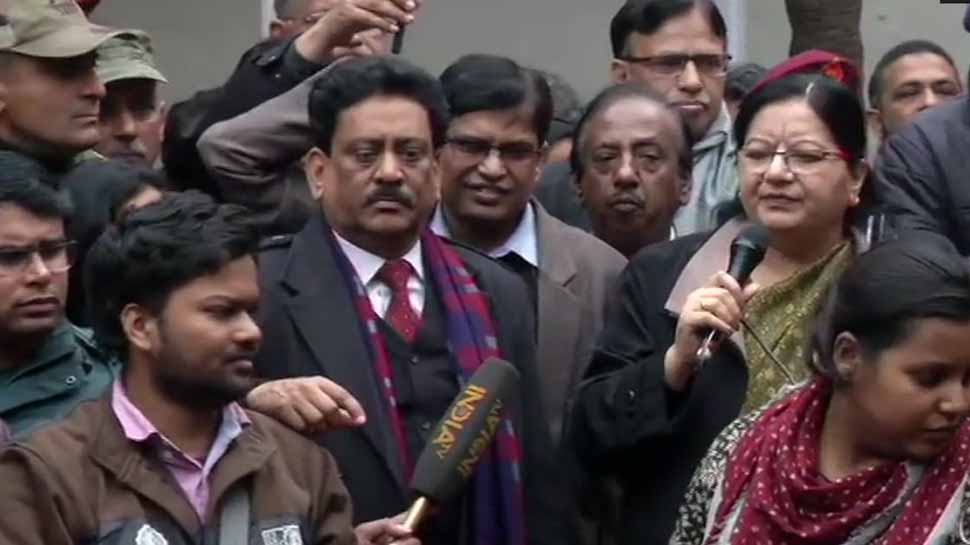 Amid the ongoing students' protest at Jamia Millia Islamia (JMI) University against police action on students on December 15, 2019, the JMI Vice-Chancellor in consultation with the Deans, Head of Departments and other officials on Monday (January 13) announced that the ongoing semester exams in the varsity stands cancelled till further notice.

The Jamia administration announced that the new schedule will be declared later. Jamia VC Najma Akhtar said that a decision has also been taken that the administration will also explore the possibility of moving court for the registration of FIR in the December 15, 2019 police brutality in university library case at the earliest.

Jamia VC Najma Akhtar said that National Human Rights Commission has already begun the inquiry into the police action against the students and a team has already visited the university. She added that another team is scheduled to come on Tuesday (January 14) to record the statement of the students who were injured in police brutality. According to VC Akhtar, the university has already handed over all the evidence to the NHRC.

The varsity was closed on December 16 after protests against the Citizenship Amendment Act (CAA) turned violent on December 15. It had also cancelled the examinations and declared vacation till January 5, 2020.

Speaking to students on December 15 incident, Vice-Chancellor Akhtar said, "Delhi Police entered the campus without permission and the process of filing an FIR against Delhi Police will begin from tomorrow (Tuesday)."

"We will get the FIR done. If you want to listen then be quiet. You all know what we did. We have done what we could before. We are government employees, despite this, we have sent the objections. Delhi Police came inside our campus without taking permission and the students were beaten up, we will not tolerate it. The FIR will definitely be done," added Akhtar.