The protest against the Citizenship Act turned violent in New Delhi on Sunday when agitators, which reportedly included some students from Jamia Millia Islamia University, too, set ablaze four buses near the Jamia Nagar area. 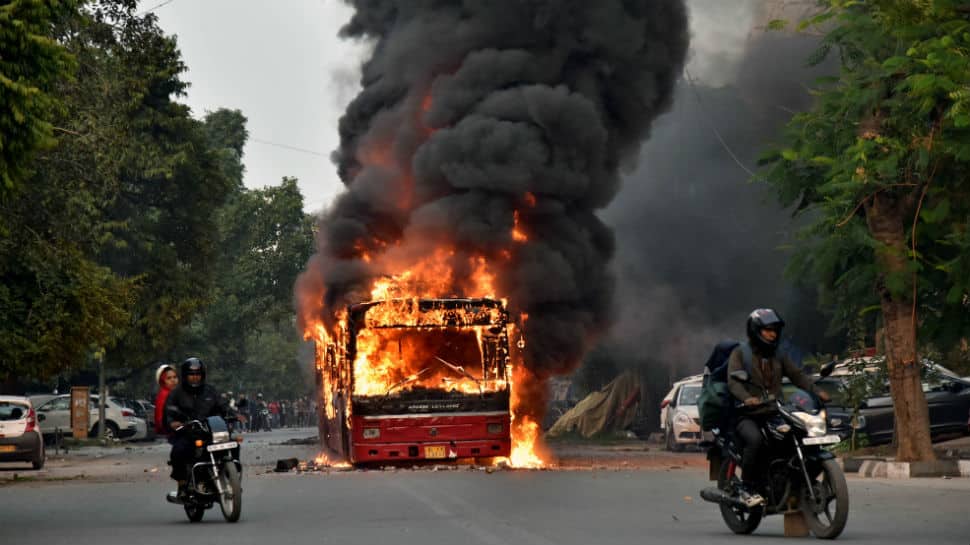 New Delhi: The Delhi Police on Monday lodged an FIR against 15 people for their alleged involvement in the violent protests in Jamia area in south Delhi against the Citizenship Act, a source said. More names are likely to be added in the report if need be as the police is trying to identify the protestors via a video footage.

The FIRs have been registered at New Friends Colony (NFC) and Jamia Nagar police stations and the case has been handed over to the Crime Branch.

The protest against the Citizenship Act turned violent in New Delhi on Sunday when agitators, which reportedly included some students from Jamia Millia Islamia University, too, set ablaze four buses near NFC. At least six policemen and two fire brigade personnel were injured during the incident. Locals of the Sarai Julema in the Jamia Nagar area clashed with police. The situation turned critical when the police got into action. Several Jamia students are also said to have been injured in the clash

A statement issued by the Jamia Milia University said that students were not involved in the burning of buses.

Meanwhile, the Supreme Court will on Tuesday hear a petition against police action on students of Jamia and Aligarh Muslim University in Uttar Pradesh during anti-Citizenship Act protests on Sunday. The apex court agreed to hear the petition to look into the high-handed police action against students and send retired judges to the two universities to probe what went down.