The statement came after long queues were seen at petrol pumps across the Kashmir Valley as panic-gripped people started filling their vehicles with fuel and also stocking up essentials. 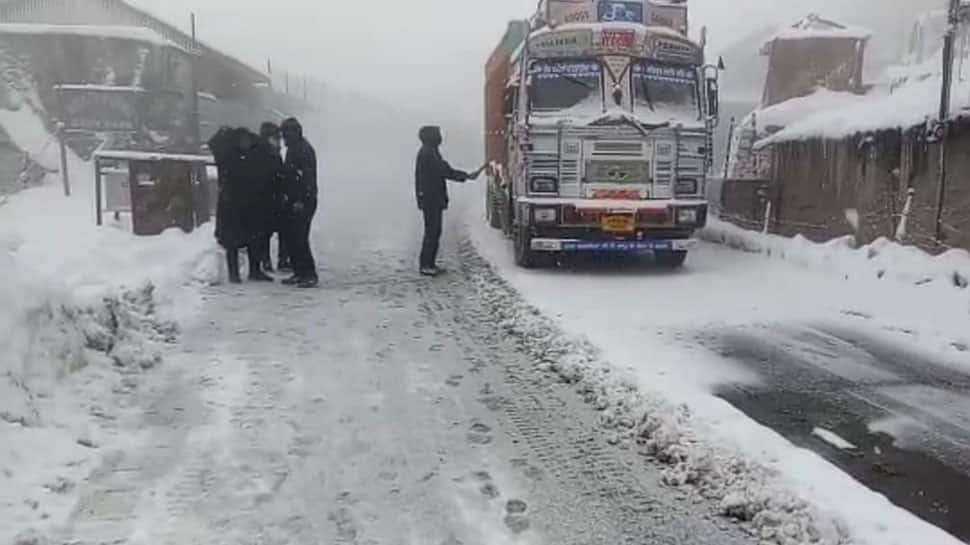 As panic-gripped people queued outside petrol pumps across Kashmir, the administration on Saturday ordered rationing of fuel, citing low stocks due to persistent closure of the Srinagar-Jammu highway.

"The divisional administration in Kashmir has stated that rationing of fuel in the division has been ordered because of the shortage of stocks having resulted from persistent closure of the Srinagar-Jammu highway," said an official spokesperson.

The statement came after long queues were seen at petrol pumps across the Kashmir Valley as panic-gripped people started filling their vehicles with fuel and also stocking up essentials.

The administration said the efforts were underway to replenish the stocks at the earliest and the rationing order would be withdrawn as soon as the stocks are received.

The divisional administration asked the general public not to heed the rumours suggesting other motives and sought their cooperation, the spokesperson said.

Meanwhile, Department of Food, Civil Supplies and Consumer Affairs, which provides ration to people through its outlets, late-night revoked its earlier order in which it had directed its staff in south Srinagar to ensure the complete sale of food grains in their respective areas by Saturday evening.

The outlets were also directed to keep the ration depots and sale outlets open on Sunday as well.

"The Department of Food, Civil Supplies and Consumer Affairs has clarified that the order to lift ration from its stores is a routine monthly exercise to make way for dumping next supplies. This is a routine monthly exercise and people are advised not to panic," the spokesperson said. He said the earlier order has been withdrawn to clear any confusion.