Jammu and Kashmir: Dozens of students thrashed by teacher in Doda for being late to class by 10 minutes

A video on the incident was taken which went viral on social media. The officials from Childline immediately rushed the hostel for enquiry about the matter. 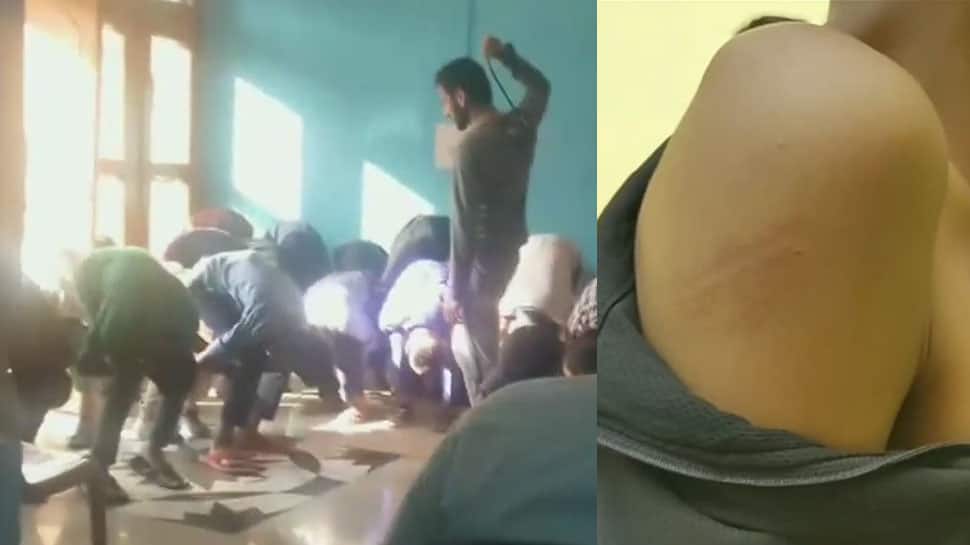 In a shocking incident, more than 15 students of a boys hostel in Doda district of Jammu and Kashmir were brutally beaten up by their teacher for being late for tuition classes. The incident took place on Wednesday in the Gujjar Bakerwal Hostel Boys where students of classes 6, 7, 8 and 10 were beaten resulting in injuries on their back. A video on the incident was taken which went viral on social media. The officials from Childline immediately rushed the hostel for enquiry about the matter.

According to the students they were late for the tuitions classes by 10 minutes for which government teacher Mohd Yaseen of the same hostel beat them with sticks on the back side for an hour. The students also alleged that he has been regularly beating them since the past few years. They also demanded his transfer or suspension.

Childline Department Co-ordinator, Minaskhi Raina, said after that they reached the spot to investigate the matter with concerned authorities of hostel and students after the video went viral on social media. During the enquiry, the teacher confessed to the heinous act.

Further enquiry in this matter is going on and assurance has been given that strict action will be taken against the teachers for this inhuman act. Raina said if the hostel authorities failed to submit the report within two days, then an FIR will be lodged against the teacher.

She further said that teachers should adopt for persuasive measures instead of corporal punishment to deal with children showing challenging behaviour. The government should impart behavioural training skills to teachers so before joining so that they can adopt positive discipline tactics in dealing with children.

“Corporal punishment is increasing day by day in modern technology. In 2018, many cases were reported. In this regard, the Ministry of Women and Child Development has issued a new set of guidelines that bans physical punishment of students. The teacher who was found guilty could be denied promotion and even increments. A child rights cell should be set up in all schools where children can lodge a complaint," she said.

Educational experts have said that the increase in corporal punishment in schools or hostel was making it evident that the Right to Education (RTE) Act was continually being violated.

Narendra Modi writes to Imran Khan, says 'ties with India can improve only if Pakistan acts strongly against terror'