Terrorists hurled a grenade at a paramilitary patrol party in the Srinagar's Lal Chowk and another grenade at a police camp in Shopian district. 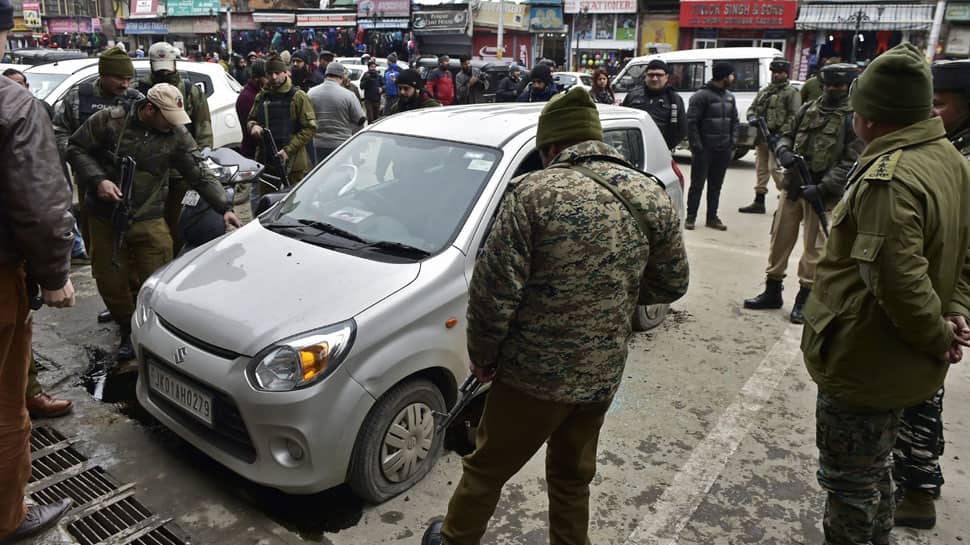 Hours after terrorists attacked the security forces in Jammu and Kashmir's Srinagar and Shopian districts, the police on Friday said that cases have been registered for both the incidents. Terrorists hurled a grenade at a paramilitary patrol party in the Srinagar's Lal Chowk and another grenade at a police camp in Shopian district.

The first grenade was aimed at the Central Reserve Police Force (CRPF) bunker at Ghanta Ghar (Clock Tower) in Lal Chowk this afternoon, a police official said. But it missed its target damaging some shops in the vicinity as their window panes shattered. A private car parked on the roadside was partly damaged due to the explosion, an official said.

In another incident, militants lobbed a grenade at security forces in Shopian district of south Kashmir, said a police official.

However, no loss of life or injury to anyone or damage to properties have been reported in either of the attacks.

This is second attack on security forces in Srinagar -- the summer capital of Jammu and Kashmir -- within 24 hours. Militants hurled a grenade on police personnel at Zero Bridge on Thursday, resulting in injuries to three policemen.

The attacks come less than 10 days ahead of Republic Day celebrations.

In a separate incident, a man was arrested after he was found in possession of a hand grenade in Kupwara district, police said.

Initial investigations have revealed that the accused, Mohammad Aslam Beigh, was planning to join terrorist ranks, a police spokesman said, adding, he was motivated to take up arms through social media by "entities based in Pakistan".

Beigh was found in possession of a grenade and some incriminating material, the spokesman said.