The post is located near a State bank of India (SBI) branch in Pulwama the district. 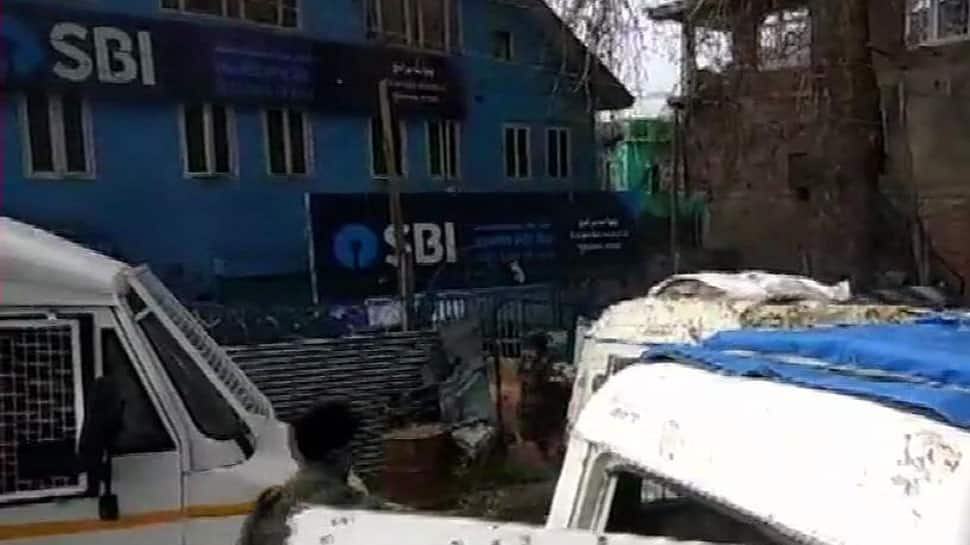 At least one Central Reserve Police Force (CRPF) personnel was injured on Saturday after terrorists hurled a grenade at a CRPF post in Pulwama district of Jammu and Kashmir.

The post is located near a State bank of India (SBI) branch in the district. The area has been sealed and a search operation has been launched. The jawan is said to be in a critical condition.

In Baramulla district, terrorists shot dead a civilian at the Main Chowk in the district. The person was hit by five bullets and he succumbed on the spot. The area too has been cordoned off and search operations are underway. The terrorists fled the spot after firing.

The incidents come just a few hours after a blast was reported in a car in Ramban district's Banihal. The mysterious blast happened in a Santro car on the Srinagar-Jammu highway near Banihal which is across the Jawahar tunnel.

According to reports, a CRPF convoy was passing by when the blast took place. The driver of the car fled from the site after the blast. A hunt is on to nab him.

The explosion is believed to be a cylinder blast. However, there have been no reports of any casualties.

Banihal Police said that the accident happened after the cylinders kept in the car leaked and then caught fire. An investigation is underway.

"Today around 1030 hrs, an explosion took place in a civil car near Banihal, J&K while CRPF convoy was on move. The car caught fire and slight damage was caused in the rear of one of the CRPF vehicle. No injuries were caused to CRPF Personnel. Incident being investigated," CRPF said.

The incident comes at the backdrop of the Pulwama terror attack that took place on February 14 killing 40 CRPF personnel. The paramilitary men were killed after an explosive-laden truck rammed into their convoy. The terror attack was claimed by Pakistan-based Jaish-e-Mohammad (JeM).