Kishor’s meeting with Thackeray is quite significant because Shiv Sena has been openly fighting with BJP and it has already announced to fight the upcoming Lok Sabha polls solo. 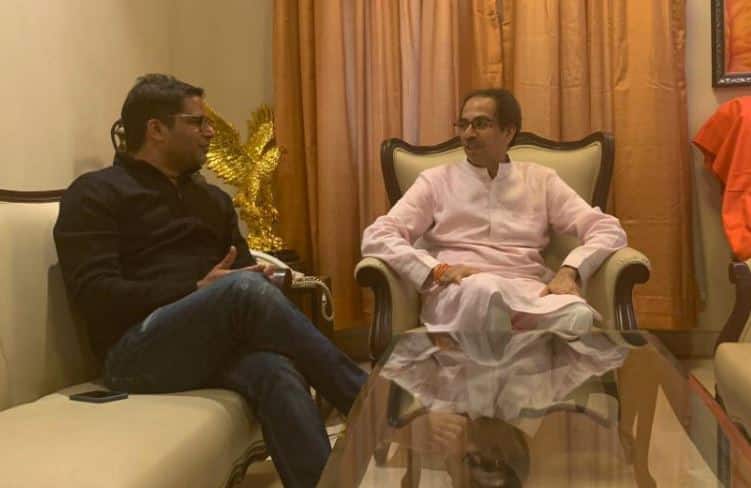 The meeting, which lasted for around one and half hours, led to speculations that Kishor has offered his skills and knowledge to Shiv Sena for the upcoming General Election.

Meanwhile, Shiv Sena immediately rejected the speculations following the meeting between its party chief and Kishor. Talking to reporters, Shiv Sena leader Sanjay Raut said that Prashant is a senior leader of JD(U), which is an important ally of NDA and the meeting between him and Uddhav Thackeray was in that regard. He added that the meeting should be seen a courtesy visit and not a political visit.

Kishor’s meeting with Thackeray is quite significant because Shiv Sena has been openly fighting with BJP and it has already announced to fight the upcoming Lok Sabha polls solo and not in an alliance with the BJP.

Sena has been not missing any opportunity to slam the BJP in its editorials in party mouthpiece ‘Saamna’ for quite some time now. But a thaw in worsening relationship between the two parties was seen few weeks ago in January when Uddhav Thackeray took part with Chief Minister Devendra Fadnavis in rituals marking the beginning of construction of a memorial for Shiv Sena founder Bal Thackeray.

It to be noted that the Maharashtra government has decided to provide Rs 100 crore for the construction of the Thackeray memorial. Experts maintain that the move is an attempt by the BJP to placate Shiv Sena ahead of the Lok Sabha polls.