JEE-Mains 2020 to be held from July 18 to 23, JEE-Advanced in August, NEET on July 26: Union HRD Minister Ramesh Pokhriyal 'Nishank'

Union Human Resource Development (HRD) Minister Ramesh Pokhriyal Nishank held a webinar for students during which he said that the fresh dates for the national level competitive exams – JEE Main and NEET 2020 – will be announced soon. 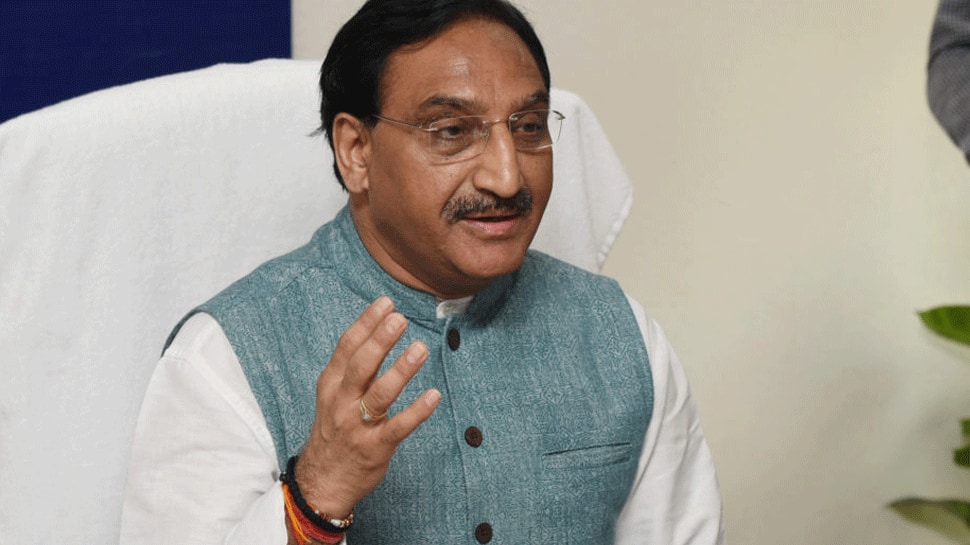 NEW DELHI: Union Human Resource Development (HRD) Minister Ramesh Pokhriyal Nishank on Tuesday held a webinar for students during which he said that the engineering entrance examination JEE will be held from July 18 to 23, JEE-Advanced in August and medical entrance exam NEET on July 26.

"JEE-Mains will be held from July 18-23, while JEE-Advanced will be held in August. NEET will be conducted on July 26," Nishank said. The official notification regarding the same is expected to be released soon on nta.ac.in.

The HRD Minister began addressing the webinar around 12 PM. He began the webinar by thanking the students’ community, teachers, educational institutions and others from academic infrastructure for stepping forward to answer the challenge that has arisen due to coronavirus pandemic.

The HRD Minister also said that a decision will soon be taken on the pending CBSE Class 10, 12 board exams.

This was his second interaction with students this month. During the live interaction, the HRD Minister shared his views about the exam dates for the national level competitive exams – JEE Main and NEET.

Talking about the academic curriculum, HRD Minister assured students that plans are being made to ensure that the year is saved. Students should use Swayam, Swayamprabha and even the National Digital Library, he said.

The HRD Minister also advised students to use this time to pick up a book, take up diary writing to beat the stress and anxiety due to the present situations.

Earlier, the HRD Minister had announced that these exams will be held in May-end, however, with lockdown being extended till May 17, the exams are likely to be postponed further. Over 9 lakh students have registered to appear for JEE Main and over 15.93 lakh have applied for NEET 2020, as per the National Testing Agency (NTA) – the exam conducting body.

He also deliberated on whether or not the syllabus for the upcoming academic session will be reduced. This was among one of the suggestions raised by the Delhi Education Minister Manish Sisodia in the meeting of state education ministers with the Union HRD minister.

Much before the interaction, queries had started flowing in for the HRD Minister over Twitter and Facebook. Apart from the date of the entrance exams, students also asked about college-level annual and semester exams, inaccessibility of online classes, promoting class 10 and class 12 students among others.