Voting was held in 16 seats to decide the fate of 237 candidates, including 29 women. Former chief minister and JMM leader Hemant Soren were also in the fray along with minister Randhir Singh. 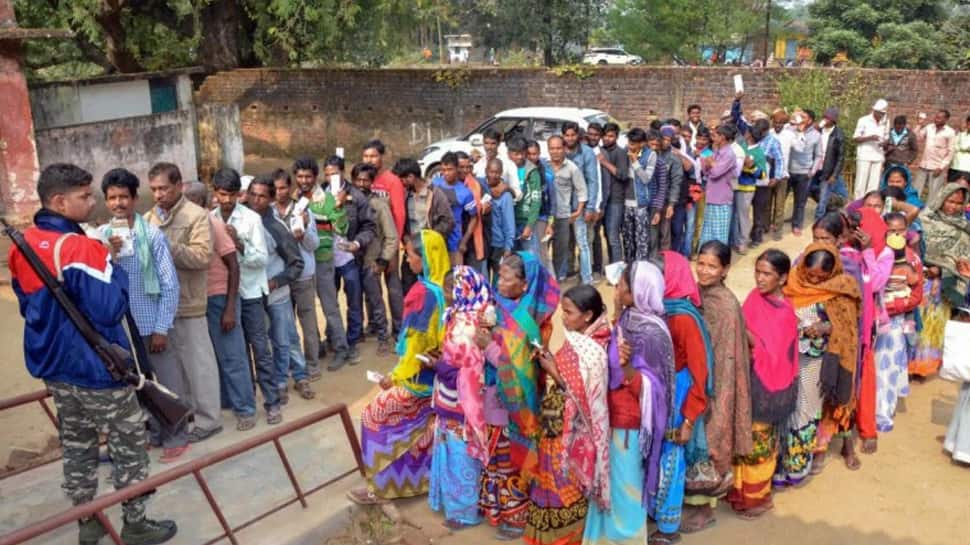 RANCHI: A voter turnout of 68.99% was recorded after polling in the fifth and final phase of assembly election in Jharkhand concluded around 5 pm on Friday. Voting was held in 16 seats to decide the fate of 237 candidates, including 29 women. Former chief minister and JMM leader Hemant Soren were also in the fray along with minister Randhir Singh.

Among these seats voting ended in five seats - Borio, Barhet, Littipada, Mahespur and Shikaripada till 3 pm and in the remaining 11 seats voting concluded at 5 pm. An estimated 62.77 percent of over 40 lakh voters exercised their franchise till 3 pm in the fifth and final phase of Jharkhand Assembly elections, the Chief Electoral Officer of Jharkhand shared on Twitter.

More than 35,000 security forces were deployed to ensure peaceful polling. The polling started late at two polling booths due to technical issues in Electronic Voting Machines. In Kathikuna locality of Dumka voters reached for polling on bullock carts.

Among the 16 seats, seven were reserved for Scheduled Tribes including Borio, Barhet, Littipada, Mahespur, Shikaripada, Dumka and Jama while others including Rajmahal, Pakur, Nala, Jamtara, Jarmundi, Mahgama, Poriyahaat, Sarath and Godda were in general category.

A maximum of 26 candidates were in the Jarmundi seat while only seven candidates are in the race for Poriyahaat seat. The 16 seats were spread across Sahebganj, Pakur, Dumka, Jamtara, Deoghar and Godda districts. The key candidates include state ministers Raj Paliwar, Louis Marandi and Randhir Singh.

The chief ministerial candidate of Congress, JMM and RJD alliance, Hemant Soren is contesting polls from Dumka and Barhet. Hemant Soren is locked in a direct fight with Louis Marandi in Dumka assembly seat. She had defeated Soren in 2014 polls when Soren was Chief Minister of the state.

On 13 seats, there is a direct fight between BJP and the JMM, Congress and RJD alliance and on the rest of the seats the contest is triangular.