He will be produced in court next week on October 23. Nalka was among the first few to receive arms training in Pakistan-occupied Kashmir (PoK). 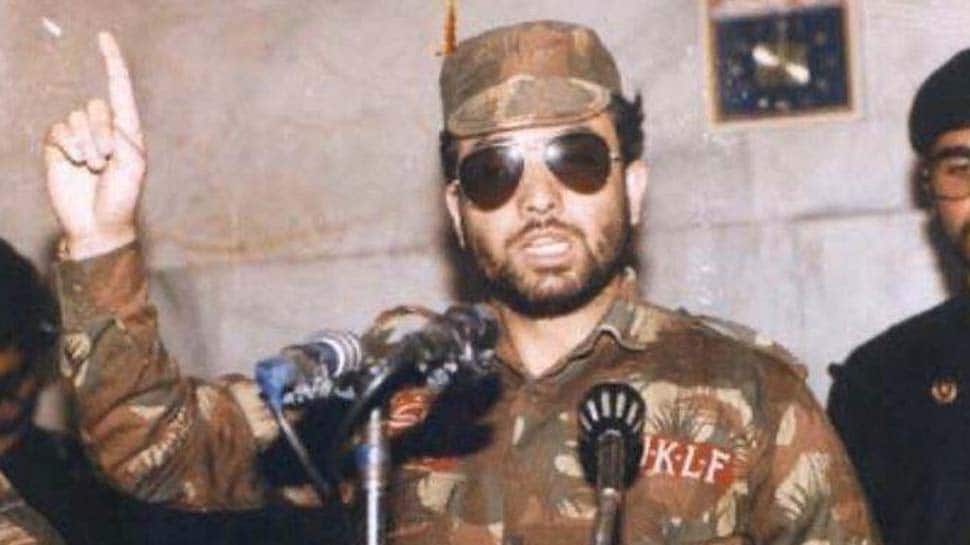 Jammu Kashmir Liberation Front (JKLF) terrorist Javed Mir aka Nalka has been arrested in the case of the killing of Indian Air Force (IAF) officers in Kashmir in 1990, said the
Central Bureau of Investigation (CBI) on Friday. He will be produced in court next week on October 23.

The CBI on Friday said that they had arrested Mir in the killing of four IAF personnel in a terrorist attack in Srinagar in 1990. Nalka was among the first few to receive arms training in Pakistan-occupied Kashmir (PoK).

Mir was arrested on October 15 after a non-bailable warrant was issued against him, news agency IANS reported quoting CBI sources.

The source said that Mir was arrested from his residence by a CBI official.

In March, acting on a plea by the CBI, the Jammu and Kashmir High Court had allowed the transfer of proceedings and the writ petitions in a few cases to its Jammu wing.

These cases included the killing of the four IAF personnel in the Rawalpora area of Srinagar in 1990 and the December 8, 1989, kidnapping of Rubaiya Sayeed, daughter of the then home minister Mufti Mohammad Sayeed.

Mir, along with JKLF chief Yasin Malik, who is presently lodged in the Tihar jail in an alleged terror funding case, is one of the accused in both cases.

Earlier in 2009, the High Court had stayed the trial proceedings in both cases before a TADA court in Jammu while acting on a petition by Malik.