The petitioners have urged the HC to instruct WhatsApp Inc, Google Inc and Apple Inc to secure or collect back all the data related to WhatsApp groups- 'Unity Against Left' and 'Friends of RSS'- in the JNU violence. 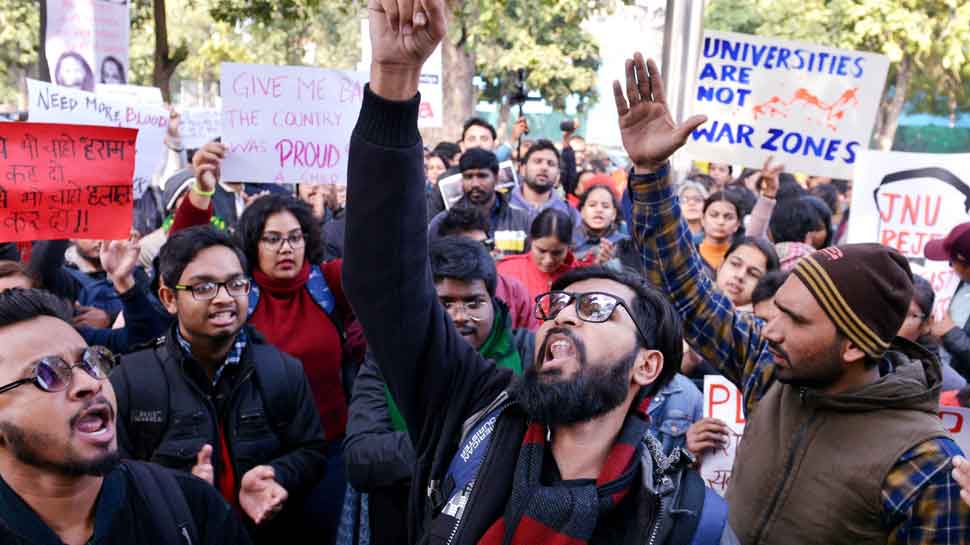 Delhi High Court is likely to hear the petitions of three professors of the Jawaharlal Nehru University (JNU) to preserve CCTV footage and other WhatsApp evidence related to January 5 violence inside the varsity campus.

The petitioners have urged the HC to instruct WhatsApp Inc, Google Inc and Apple Inc to secure or collect back all the data related to WhatsApp groups- 'Unity Against Left' and 'Friends of RSS'- in the JNU violence. The data includes messages, photos, videos and phone numbers etc.

The petition filed by JNU professors Amit Parameshwaran, Atul Sood and Shukla Vinayak Sawant has also urged the court to give necessary directions to the Delhi Police Commissioner and the Delhi government.

The petition, filed by advocates Abheek Chimney, Manav Kumar and Roshni Namboodri, submitted before the court to order the Delhi Police to collect all CCTV footage related to violence in the JNU campus.

The three professors approached the High Court in the wake of several complaints filed with the Delhi Police in the JNU campus violence. Notably, as many as 14 complaints have been filed.

Earlier, the police appealed to people to come and dispose of the video of the JNU violence. In response to it, around 12 people contacted the police and recorded their statements.

On Sunday, JNU Vice-Chancellor M Jagadesh Kumar said that a committee has been formed to hold discussions over raising the hostel fees in 2016, and it would to wrong to say that this decision was taken in a hurry.

On January 5 violence, VC Kumar said that it is a matter of the past now and we should not discuss this now, adding "Whatever happened has happened in the past, let us leave that. We should focus on how to make the university function properly and look for a positive future."

Notably, more than 30 JNU students, including JNUSU president Aishe Ghosh, were injured and taken to the AIIMS Trauma Centre after a masked mob on January 5 entered the varsity campus and attacked them as well as professors with sticks and rods.