The court ordered FIR against Hardik Pandya while hearing a petition against a tweet posted by him in December. According to reports, the petition was filed by one DR Meghwal, an advocate and a member of the Rashtriya Bhim Sena in the Jalore district of Rajasthan. The petition was filed under the SC-ST Act. 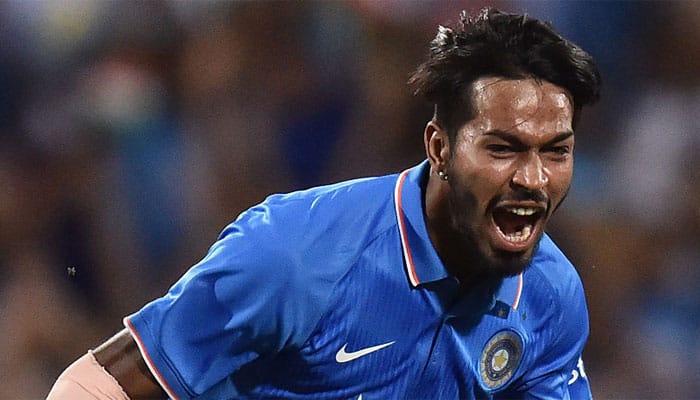 A court in Jodhpur on Wednesday directed the Rajasthan Police to register an FIR against cricketer Hardik Pandya for a tweet allegedly disrespecting Dr Bhim Rao Ambedkar. The directive was issued to the police by the court while hearing a petition filed against the cricket over the tweet which he posted on December 26, 2017.

According to reports, the petition was filed by one DR Meghwal, an advocate and a member of the Rashtriya Bhim Sena in the Jalore district of Rajasthan. The petition was filed under the SC-ST Act. Reports said that Meghwal had earlier approached a police station in Luni in Rajasthan for an FIR against the cricketer, but was refused by the police officials. Following this, he approached the Jodhpur court. The petition refers to a tweet posted by Pandya in December. The tweet reportedly said, “Which Ambedkar ??? The one who drafted a cross law and constitution or the one who spread the disease called reservation in the country”.

On March 20, 2018, the Supreme Court had taken note of the rampant misuse of the stringent Scheduled Castes and the Scheduled Tribes (Prevention of Atrocities) Act against government servants and held that there shall be no immediate arrest on any complaint filed under the law. Before arresting a public servant under the SC/ST Act, a preliminary probe by an officer not below the rank of deputy superintendent is a must, the court said.

A bench of Justices Adarsh Goel and UU Lalit said there shall be no absolute bar for granting anticipatory bail to public servants booked under the stringent provisions of the law. The bench, which passed a slew of directions, said a public servant can be arrested in cases lodge

Pandya is an all-rounder in the Indian cricket team and has often been compared with legend Kapil Dev for his cricketing skills. During the recently held Indian Premier League (IPL) auction, Pandya was retained by Mumbai Indians, one of the most consistently performing teams, for a whopping sum of Rs 11 crore.

Delhi to be hit by 9.1 magnitude earthquake, warns NASA is a hoax message circulating on WhatsApp