Kargil Vijay Diwas: Why recapturing the strategic Kargil region was important for India

The NH1 is a strategic route to Siachen Glacier and connects Srinagar to Leh in Ladakh. Having a complete view of NH1 enabled Pakistanis to watch the troop and supply movements of the Indian forces and even open fire on them. 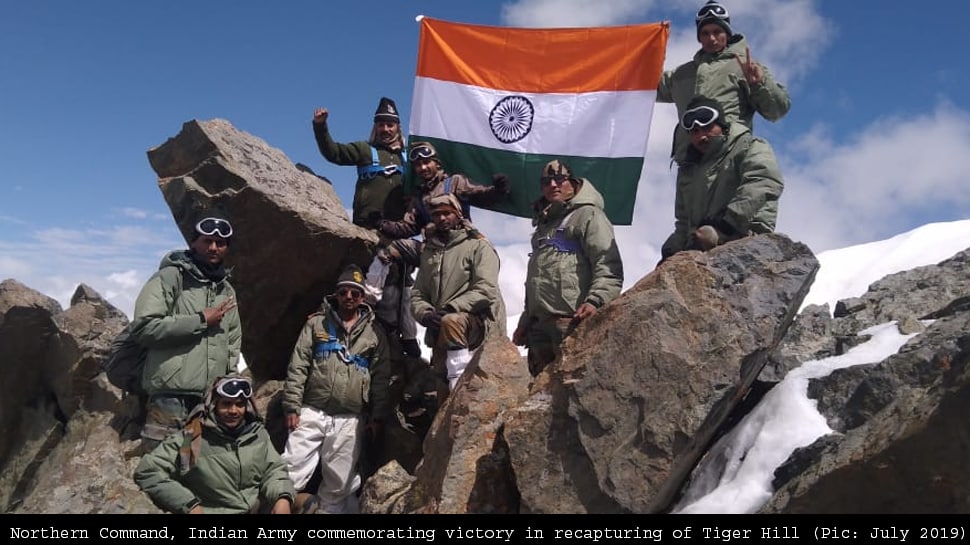 As the then Prime Minister Atal Bihari Vajpayee and his Pakistani counterpart Nawaz Sharif attended the Lahore Summit in 1999 to deescalate tensions in Kashmir, Pakistani troops had been infiltrating into the Indian territory across the Line of Control.

The major point of contention in the Kargil war was the Tiger Hill in the Drass-Kargil area of Jammu and Kashmir which had been captured by the Pakistani intruders. The hill had strategic importance as it is the highest peak in the sector hence those at the peak could target any movement from the Indian side. It also gave them a complete view of the 56 Brigade headquarters and could relay the information to Pakistani soldiers across the border. The peak overlooks the National Highway 1D which is the lifeline of India. The NH1 is a strategic route to Siachen Glacier and connects Srinagar to Leh in Ladakh. Having a complete view of NH1 enabled Pakistanis to watch the troop and supply movements of the Indian forces and even open fire on them.

Kashmir's terrain is mountainous having high altitudes and narrow roads. Aided by its over 130 observation posts, the Pakistani forces had the advantage of a clear line-of-sight on NH 1 thereby could inflict heavy casualties. Since Pakistan had captured these positions and infiltrated into India, the Indian troops had to get back to their positions to monitor the movement of the intruders. The control of Tiger Hill would also have given India the vantage observation point to attack Pakistani positions in Mushko and surrounding peaks.

Thus the most important task for the Indian Army during the Kargil war was to recapture the peaks which had a direct view of the NH 1. It was with this aim in mind that the Indian troops first targetted the Tiger Hill and Tololing complex in Dras, followed by the Batalik-Turtok sub-sector which provided access to Siachen Glacier.

Troops in a recaptured Tiger Hill after a 3-pronged attack which left Pakistan in shock. The attack was launched by 18 Grenadiers during the night operations. The Indian Air Force also carried out devastating air strikes on two enemy camps located on top of Tiger hill severely degrading the capability of the intruders.

In the three-pronged attack, Indian artillery started shelling Tiger Hill, while 18 Grenadiers, 2 Naga, and 8 Sikh of the Indian Army readied for the most difficult climb on a steep cliff with a height of 1000 feet to attack Pakistani forces. The enemy which was engaged in shelling with Indian artillery was held by complete surprise by a multi-directional attack from the Indian soldiers.

The attack involved 18 Grenadiers making a twelve-hour, vertical climb using fixed ropes to the 16,700-foot high hill top. Over fifty soldiers of 8 Sikh attacked the Pakistani intruders from the Western Ridge on July 5 thereby weakening their defence. The attack to re-capture which began on 3 July ended with 18 Grenadiers taking control of the Tiger Hill on 8 July.