Flight Lieutenant Kambampati Nachiketa was captured and tortured by Pakistani forces after his jet crashed on May 27 of 1999. He would be returned to India later. Squadron Leader Ajay Ahuja's jet - searching for Nachiketa - was shot down and he would be captured as well. His mortal remains handed back to India eventually showed bullet wounds - evidence of Pakistan's cold-blooded murder. The valour and sacrifice of IAF's heroes in Kargil War will always reverberate through the hearts of every Indian. 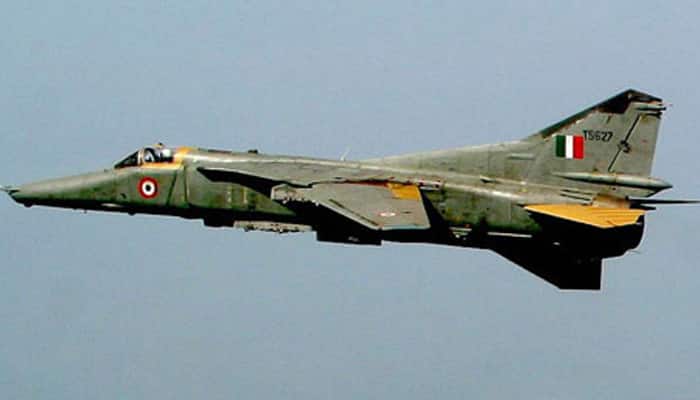 New Delhi: The date was May 27. The year was 1999. And the heroes were the brave warriors of the Indian Air Force who would play a massive role - along with the Indian Army - in delivering a crushing blow to Pakistani insurgents who had nefariously settled on Indian heights in Kargil sector of Jammu and Kashmir. All of this without even a care for personal safety and security.

The real-life story of Flight Lieutenant Kambampati Nachiketa and Squadron Leader Ajay Ahuja is every bit as heroic as that of  Wing Commander Abhinandan Varthaman who was captured - later released - by Pakistan earlier this year. While Nachiketa would survive to tell the tale, Ahuja became a martyr whose supreme sacrifice won't ever be forgotten in India.

20 years ago, Pakistan had hatched its brazenly shameless plan to capture peaks on the Indian side of the Line of Control by sending personnel from its armed forces in mujahideen garbs. The Indian Army had become aware of this by the start of May 1999. Forward parties of the Indian Army were attacked upon and the cross-border firing and shelling intensified. On May 19, a patrol party of 4 Jat Regiment under Captain Saurabh Kalia went missing in Kashgar sector. India mobilised 2 lakh soldiers to Drass, Kargil and Batalik sectors. The permission for air strikes was given by May 25 and the IAF launched Operation Safed Sagar by May 26 to eliminate insurgents who had captured peaks on the Indian side of LoC.

It was on May 27 of 1999 - 20 years ago to the day - that Squadron 9 of Mig 27s 'Wolf Pack' was tasked to target insurgents occupying key heights in the Batalik sector. An aerial assessment led by Air Chief Marshal AY Tipnis from a day earlier had given strong indications that a sizeable stockpile of weapons and ammunition had been stockpiled here. Under the command of Flight Lieutenant Anupam Banerjee, the Mig 27s of Squadron 9 took off from Srinagar at around 10.30 am. Among the aerial heroes that day were Flight Lieutenant Nachiketa, Flight Lieutenant A Monakot and Flight Lieutenant B Khatana. Two MiG 21s of Squadron 51 Sword Arm would give aerial protection.

The four jets of Wolf Pack took the longer route to their intended destination in a bid to catch the insurgents unaware. After a flight time of about half hour, the jets began bombarding the insurgents' hideout with bombs and rockets. After carrying out the attack, all the jets turned to leave but this is where things would go wrong for Flight Lieutenant Nachiketa.

Meanwhile, Squadron Leader Ahuja led a two-jet deployment of Mig21s of Squadron 17 Golden Arrow which was tasked to take a photo reconnaissance mission to assess the damage caused by the four Mig 27s on the insurgents and their stockpiles earlier in the day. He was informed that Flight Lieutenant Nachiketa's jet had crashed and that he had ejected from it. When the MiG 21s tasked with Battle Damage Assessment reached Muntho Dhalo, insurgents - still on alert from the previous strike - fired missiles and one of these hit Squadron Leader Ahuja's jet. He had managed to eject but by then, he had reached over the Pakistan Brigade HQ. He was taken prisoner by Pakistani forces and was tortured and killed. When his mortal remains were returned to India, it was ridden with bullet wounds - clear evidence of the shameless and cold-blooded murder of a valiant hero.

Flight Lieutenant Nachiketa too had been captured by Pakistani forces and while he would be returned to India through the Wagah border eventually - on June 3, he would later say that what he went through while in captivity cannot be described in words. He had added that death would have been better. He never elaborated on this and eventually retired as Group Captain of IAF. Flight Lieutenant Banerjee is a Group Captain who continues to serve in the Indian Army. Squadron Leader Ahuja was honoured with the Vir Chakra for his supreme sacrifice.

Despite losing two of its warriors - Flight Lieutenant Nachiketa would return from captivity later - on the first day it began operations in the Kargil War, the IAF never flinched or floundered. It maintained pressure on the hideouts where the Pakistani insurgents were at and continued to unleash hell from the air to destroy weapons' stockpiles which could have been used to target ground forces at lower levels with. The MiG 27 Wolf Pack would later be turned into a Mirage Squadron stationed in Gwalior. Squadron 51 Sword Arm continues to be stationed in Srinagar and Wing Commander Abhinandan Varthaman was part of it when he undertook the mission to drive back intruding Pakistani jets on February 27 of this year. Squadron 17 Golden Arrow is all set to become the country's first Rafale squadron to be stationed in Ambala and would be a wall of deterrence to any Pakistani plans of once again challenging India's national security, integrity and pride.