Senior Congress leader Siddaramaiah on Monday resigned as the Leader of Opposition as the Congress managed to bag only two seats in the Karnataka bypoll. 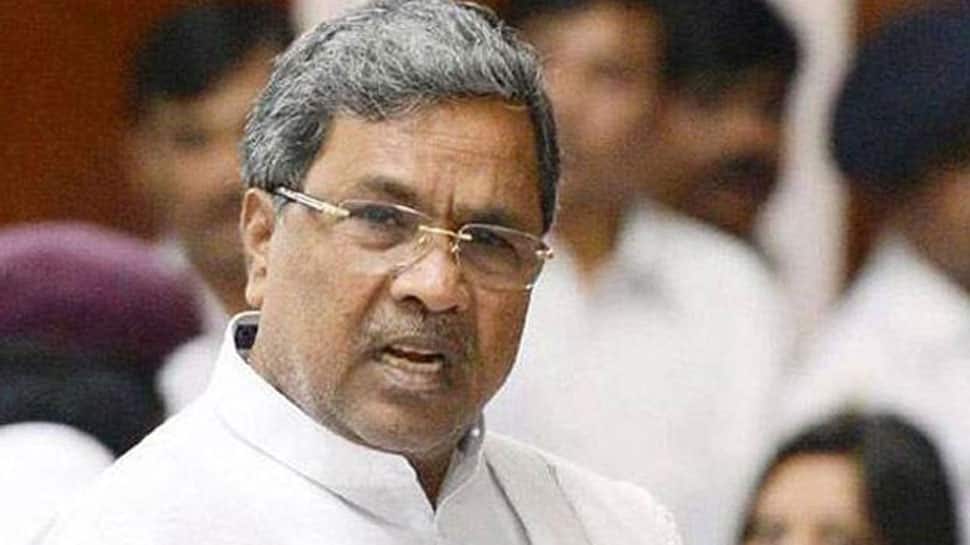 BENGALURU: Senior Congress leader Siddaramaiah on Monday resigned as the Leader of Opposition as the Congress managed to bag only two seats in the Karnataka bypoll.

Siddaramaiah sent his resignation to party chief Sonia Gandhi even as the Bharatiya Janata Party (BJP) has secured a comfortable majority with securing 10 seats and maintaining a lead in two more seats in Karnataka bypoll.

“As a leader of the legislative party, I need to respect democracy. I have resigned as Congress Legislative Party leader. I have submitted my resignation to Sonia Gandhi,” said Siddaramaiah on his decision.

Earlier on Monday, as the BJP started leading in majority of the seats in Karnataka, Congress said that the party has accepted defeat in the bypoll. The BJP and the Opposition Congress contested in all the 15 Assembly seats, while the JD-S in 12 seats. As per the current trends, the saffron party has won 10 seats and is leading in two.

“We have to agree with the mandate of the voters of these 15 constituencies. People have accepted the defectors. We have accepted defeat, I don't think we have to be disheartened,” Karnataka Congress leader DK Shivakumar said on Monday.

Bypoll in the 15 constituencies in Karnataka was held on December 5.

Addressing a rally in poll-bound Jharkhand's Bokaro, Prime Minister Narendra Modi slammed the Congress and said, "Congress and its allies (had) subverted the mandate" in the state and "stabbed it in the back".

"The mandate in Karnataka was stolen through the backdoor by Congress. People have now taught the party a lesson… Some people said the BJP has limited influence in the South. The people of Karnataka defeated and punished them in a dramatic way during bypoll," Modi said.

The results of the bypoll were crucial for the four-month-old BJP government in Karnataka, led by BS Yediyurappa government, as the ruling party required at least seven seats in the 223-member Assembly for a simple majority, with 112 as the halfway mark.

The elections were left vacant after the legislators resigned in July, triggering the collapse of the Congress-JDS coalition and paving the way for the BJP to come to power. The BJP with its 105 MLAs formed the government in the state.