Refuting a report in a news blog that astrologers advised Kumaraswamy that he would win the trust vote if it`s held on Tuesday and not Monday, as decided by him, his ruling ally (the Congress) and Assembly Speaker KR Ramesh Kumar on Friday. 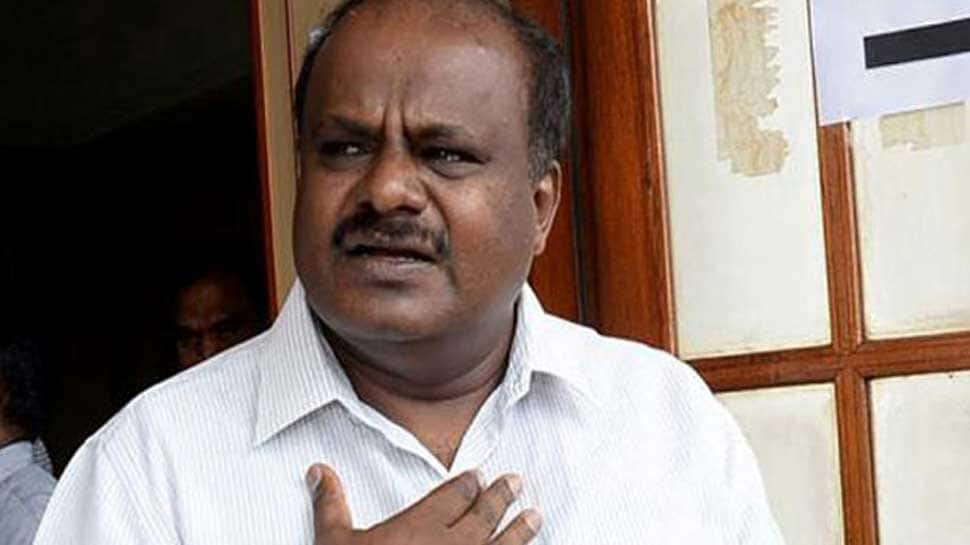 Bengaluru: Believe it or not, beleaguered Karnataka Chief Minister HD Kumaraswamy is reportedly delaying the floor test in Assembly on the advice of astrologers, which the JDS denied, here on Saturday.

"It's rubbish and a plant by a desperate Bharatiya Janata Party (BJP) in the social media," Janata Dal-Secular (JDS) spokesman Ramesh Babu said.

The party refuted a report in a news blog that astrologers advised Kumaraswamy that he would win the trust vote if it`s held on Tuesday and not Monday, as decided by him, his ruling ally (the Congress) and Assembly Speaker KR Ramesh Kumar on Friday.

"If you think Kumaraswamy goes by what astrologers, soothsayers and fortune-tellers advise him, then he would not have sought a floor test to prove the majority and save his 13-month coalition government from falling apart," asserted Babu.

Admitting that Kumaraswamy and his Gowda clan believe in god, astrology and astronomy, Babu said the Chief Minister told the members in the Assembly on Friday that his family had been accused of offering prayers, visiting temples and consulting palmists.

"What`s wrong in that. There is no legal bar on one`s faith, belief and trust in gods, traditions, religion and culture. Kumaraswamy has every right to consult seers, palmists and priests for divine intervention to protect his government from the evil designs of the BJP," Babu said.

According to the blog site, the Gowda clan, comprising JD-S supremo H.D. Deve Gowda and his two sons (Kumaraswamy and PWD Minister H.D. Revanna), has been performing special prayers for the government`s survival.

"They (trio) have consulted priests and astrologers who told them the government will survive if the trust vote is deferred till Tuesday evening," said the blog.

Noting that it`s the Speaker who conducts the floor test as per Assembly rules, Babu said the Chief Minister had assured the former that he would reply to the debate and put the confidence motion for vote on Monday and not on Tuesday as alleged.

The resignation of 15 rebel legislators, including 12 from the Congress and 3 from the JD-S recently, reduced the ruling allies` strength to 101 from 116 in the 225-member Assembly.

If the rebels don`t attend the House at the time of voting on the motion, the ruling combine with 102 members, including one from the Bahujan Samaj Party (BSP), will face defeat in a House of 210, with 106 as the new halfway mark for a simple majority.

The BJP has 105 members and needs the support of 2 Independents in the House to form the government and prove majority.

"During the debate on the motion, Kumaraswamy brought to the Speaker`s notice that the BJP has been accusing him and his family, especially Revanna of indulging in black magic and conducting rituals to prevent the government`s fall," added Babu.

In Sheila Dikshit's death, I have lost a long-time friend, colleague: Pranab Mukherjee