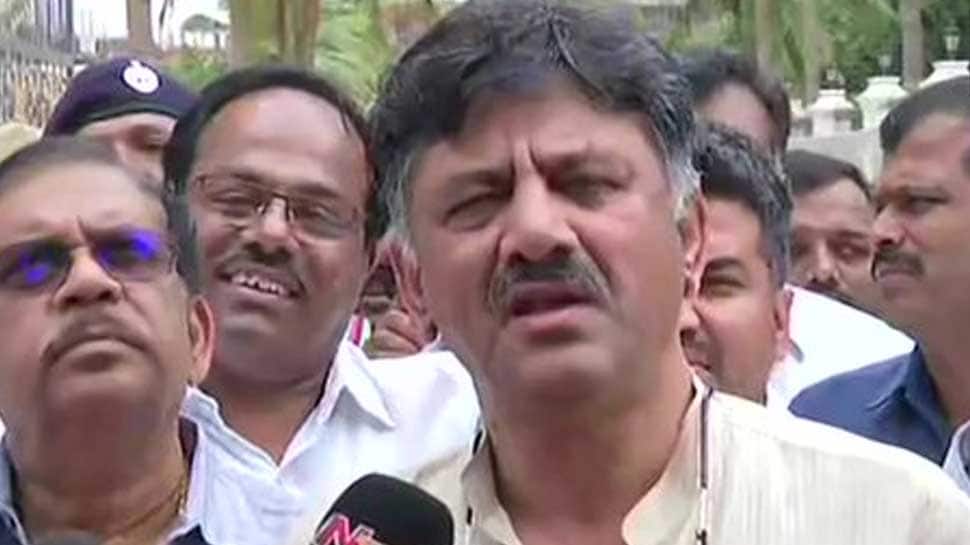 New Delhi: A Delhi court on Friday remanded former Karnataka minister and senior Congress leader DK Shivakumar to the Enforcement Directorate (ED) custody till September 17 in a money laundering case. The judge asked the ED to take him to a doctor, take care of his medical condition and then question him.

During the hearing, the Enforcement Directorate officials moved an application seeking further custody of DK Shivakumar in the PMLA case probe. The central probe agency claimed that Shivakumar was ''evasive'' and gave irrelevant answers during his interrogation.

The Karnataka Congress leader has not been able to explain the sources of his deposits and many of his properties are 'benami', the agency claimed.

Shivkumar's 22-year-old daughter Aishwarya was also summoned by the ED on Thursday during his custody and investigated.

The I-T Department, during the initial probe, had found unaccounted and misreported wealth linked to Shivakumar.

The I-T Department also came across money laundering and hawala operations, involving a network of persons across Delhi and Bengaluru.

After failing to get international support, Pakistan PM Imran Khan calls on Kashmiris to take up arms against India