The incident took place at Mattur-Hosahalli village limits in the district on Wednesday.

In a sad incident, several fishes were found dead on the banks of the Tunga River in Shivamogga district of Karnataka, as reported by news agency ANI on Friday.

The incident took place at Mattur-Hosahalli village limits in the district on Wednesday.

According to the Panchayat Development Officer, the fish samples have been sent for test. It is suspected that a chemical was mixed in the water by miscreants, added the officer. The people in the area have been asked to avoid using contaminated water. 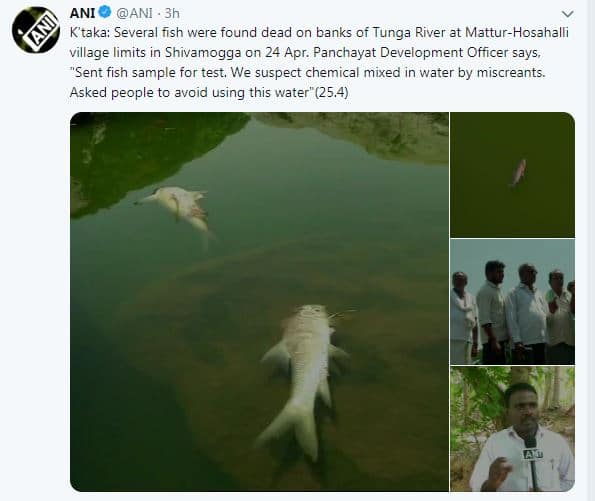