Former Karnataka Chief Minister and Congress leader Siddaramaiah on Friday said that he was confident that the JD(S)-Congress will win a vote of confidence in the state Assembly as there are "black sheep in BJP." 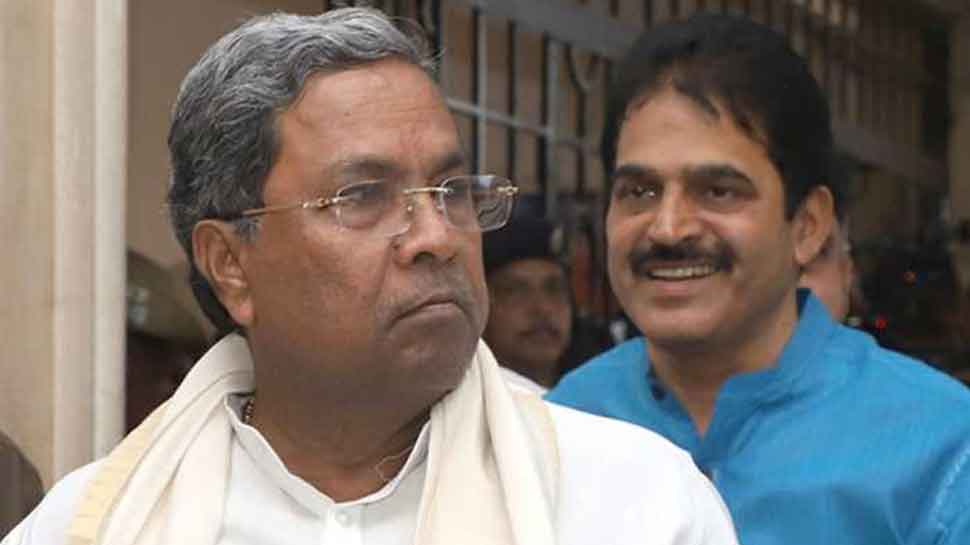 Bengaluru: Former Karnataka Chief Minister and Congress leader Siddaramaiah on Friday said that he was confident that the JD(S)-Congress will win a vote of confidence in the state Assembly as there are "black sheep in BJP."

"We are confident. That is why we are moving a vote of confidence motion. BJP is afraid because they know there are black sheep in their party," the Congress leader was reported by news agency ANI as saying.

Siddaramaiah's statement comes after Karnataka Chief Minister HD Kumaraswamy refused to tender in his resignation and declared that he was ready to seek a trust vote to prove his majority on the floor of the house. He also asked the Speaker to fix a time, in an effort to save the Congress-JDS coalition government in the state.

''Today, there are many things happening in our state's politics because of the decisions of many MLAs, which has created a difficult situation. I am not here to sit in power, I appeal to you that in light of the developments I want to move a trust motion,'' CM Kumaraswamy said in the assembly.

After Kumaraswamy's statement, the Congress, JD(S) and the opposition BJP, arranged to move their lawmakers to resorts to prevent '"poaching" attempts, as per reports.

News agency ANI reported that BJP had shifted its MLAs to Ramada resorts in Bengaluru to avoid any "poaching" attempt.

As per reports, Congress MLAs will be lodged at Clarks Exotica Convention Resorts while those of the BJP will stay at Ramada Hotel in Bengaluru. The BJP has booked 30 rooms for two days at the facility.

The JD(S) lashed out at BJP for "herding its MLAs to a resort" and said that "we will not stoop to your level and poach MLAs".

It further said that BJP's "cowardice was at display" as it was "afraid of the floor test".

Why is BJP herding its MLAs to a resort now?
We will not stoop to your level and poach MLAs.

Why are you afraid of the floor test, when you claim to have majority? The cowardice of BJP is at display!@hd_kumaraswamy will win the confidence vote by a huge margin. Wait n watch!

The Congress-Janata Dal-Secular coalition in Karnataka landed in deep trouble after a group of dissident ruling side legislators resigned last week.

Karnataka Assembly Speaker Ramesh Kumar has not accepted the resignations of the rebel lawmakers.

On Friday, the Supreme Court said that there would be no decision on the resignations of the dissenting MLAs, in a big relief to the ruling coalition.

The Supreme Court ordered a ''status quo'' while responding to a plea filed by a group of dissident Karnataka ruling coalition MLAs, who have accused the assembly Speaker of not discharging his constitutional duties and refusing to accept their resignations.