Karti also used false invoices as a genuine document to demand an illegal gratification of Rs 10 lakh from the company, the central probe agency said. 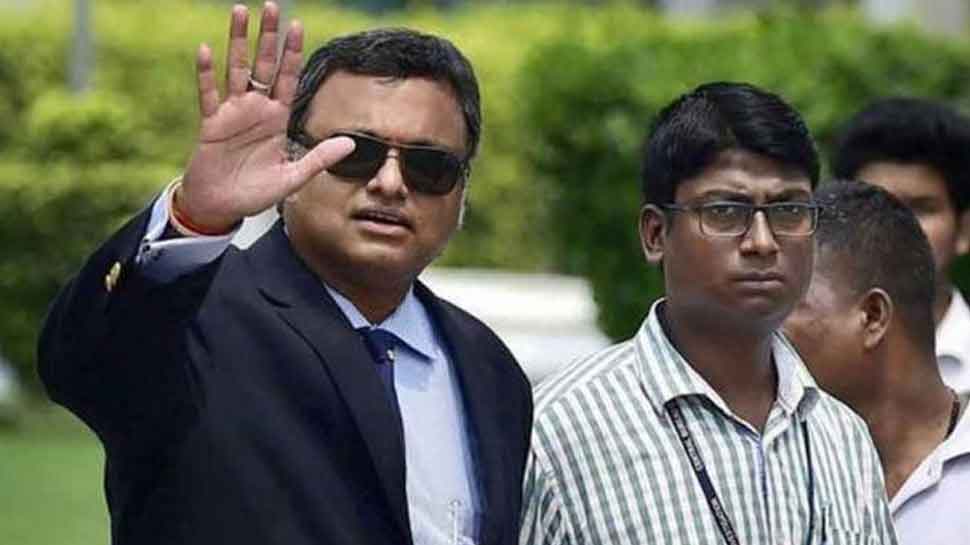 Karti also used false invoices as a genuine document to demand an illegal gratification of Rs 10 lakh from the company, the central probe agency said, according to ANI.

Indrani Mukerjea, who was the former INX Media director, was however pardoned after she turned approver in the case and her name was not mentioned in the charge sheet as an accused.

The court will take cognizance of the charge sheet on October 21.

The chargesheet revealed that Indrani Mukerjea and Peter Mukerjea met P Chidambaram in his office in the North Block regarding the Foreign Investment Promotion Board (FIPB) approval to INX Media Private Limited and INX News Private Limited and during the meeting, the then finance minister demanded illegal gratification from them in the form of overseas payoffs for himself.

He also demanded that the business interest of his son Karti be taken care of in lieu of FIPB approval, the chargesheet stated.

It also submitted that the meeting between the three corroborated through the records relating to their (Indrani and Peter) stay in Hotel Oberoi and the taxi bill for the travel.

The visitor`s log of P Chidambaram`s office, however, could not be made available as it was weeded out.

It also mentioned that the Mukerjea duo and the legal head of INX Media, on the instructions of P Chidambaram, met Karti for a coffee at the hotel Hayat Regency in June 2008.

In the meeting, Karti assured them that the "contentious issues would be resolved".

The chargesheet added that "Investigation has revealed that P Chidambaram was aware of the various complaints submitted to him, wherein the source of the funds of INX News Pvt Ltd was very much questioned. This fact was specifically brought to the notice of P Chidambaram by Murli Manohar Joshi and Avinash Rai Khanna, former MP through their respective complaints submitted to him."

In August, earlier this year, P Chidambaram was arrested by the CBI for alleged irregularities in the FIPB clearance given to INX Media to the tune of Rs 305 crore in 2007 when he was the Finance Minister. He is currently lodged in Tihar jail.