The Central Bureau of Investigation (CBI) on Wednesday arrested Congress leader Karti Chidambaram in Chennai and later produced him before a special court in Delhi. He was produced before a magistrate in the Patiala House Court. 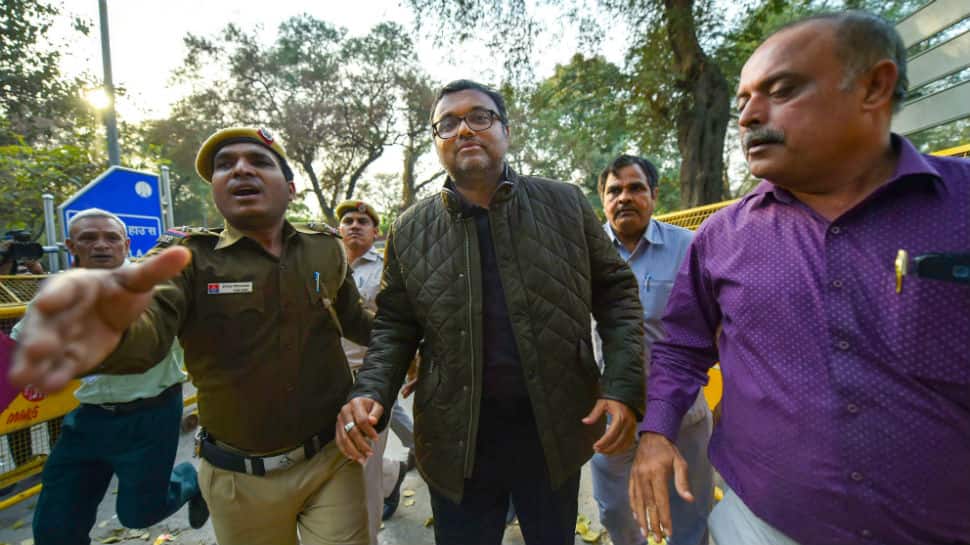 The Central Bureau of Investigation (CBI) on Wednesday arrested Congress leader Karti Chidambaram in Chennai and later produced him before a special court in Delhi. He was produced before a magistrate in the Patiala House Court.

Congress leader and senior lawyer Abhishek Manu Singhvi, who represented Karti in court, met him for 10 minutes before the hearing began. Following this, the proceedings began at 5.10 pm.

What CBI said in court:

# Karti Chidambaram is not cooperating in investigation.

# Details of the case cannot be revealed as of now.

# We need 15-day remand of Karti Chidambaram for further investigation into the case.

# Karti appeared for questioning only after court directed him to do so.

# The court order had asked Karti to furnish all details to the CBI which were not given.

# No court has till now asked for a status report in the case, hence it has not been given.

# On February 17, an accused had said that Karti Chidambaram had demanded USD 1 million in a hotel in Delhi.

# Karti appeared for questioning whenever he was asked to. He was issued summons twice and he turned up on both the occasions.

# He went for questioning on two occasions and the questioning went on for over 22 hours.

# Despite his cooperation, it is being alleged that he is not cooperating in the probe.

# There was nothing to interrogate about and hence he was not called for questioning.

# It has been six months since the last questioning and he has not received any summon after that.

# To seek remand, CBI is pointing that Karti has been going abroad, but did he run away?

# Wherever he has travelled till now, he has done so with the permission of the court. He also informed the court about his arrival and departure dates.

# There is no need to arrest Karti in the case. The issue is over 10 years old with allegations on Karti that he took money. But the company that was given the money, there is no share of Karti in it.

# No status report has been filed in the case so far.

# I am talking about non-remand, not bail.