Kashmir issue will be resolved soon, no power in world can stop it, says Rajnath Singh

Defence Minister Rajnath Singh on Saturday said that the problem of Kashmir would get solved and that no power in the world could stop it. 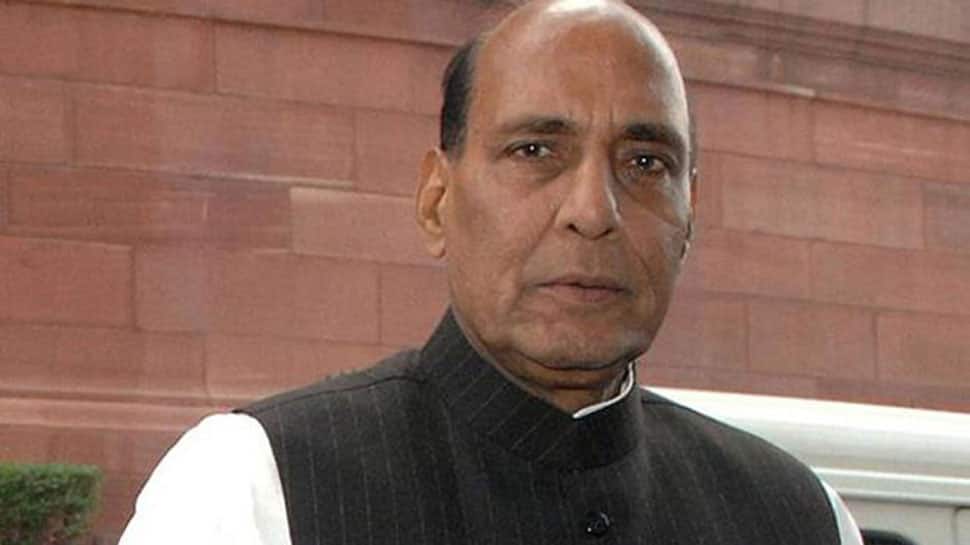 Kathua (Jammu and Kashmir): Defence Minister Rajnath Singh on Saturday said that the problem of Kashmir would get solved and that no power in the world could stop it.

"Problem of Kashmir will get solved. No power in the world can stop it. If somebody does not want a solution through talks, then we know very well how a solution can be found," Singh said after inaugurating the Ujh bridge constructed by the Border Road Organisation (BRO) here.

"People who are running a movement in Kashmir, if they want a solution through it, I appeal to them to at least sit and talk once, to understand what is the issue; what are the problems; so they could be solved together," he said.

When asked about the ceasefire violations by Pakistan, the minister said, "Have faith in the country`s leadership, Prime Minister Narendra Modi. Have faith in the jawans-officers of our military. We won`t breach your trust."

Complimenting the BRO for the construction of the bridge, the Defence Minister said, "I believe that demand for the construction of this bridge was being made by the residents of this area for a long time. People were facing a lot of difficulties. BRO DG also said that this is the longest bridge ever constructed by BRO. This bridge will help people in the way that they won`t have to travel longer distances. I congratulate BRO for it.

Earlier in the day, Singh visited the Kargil War Memorial in Drass to here and paid tributes to soldiers who laid down their lives in 1999 war with Pakistan.